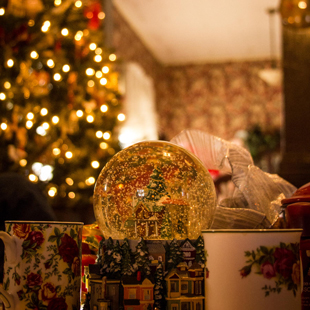 It’s Christmas Eve and Paddy Kelly is on his way home from work at the Post Office. He stops at Rosen’s Deli and orders a brisket of beef sandwich on pumpernickel rye with a smear of horseradish and a new kosher pickle on the side.

“I’ll take a potato latke, too, Sol,” Paddy says to Mr. Rosen, the proprietor of the deli and eldest son of a rabbi killed at the Treblinka Concentration Camp by the Nazis during World War II. Sol was the only survivor in his family. His parents and four siblings were gassed at Treblinka. At 76 Sol has now almost come to grips with the murders except on Jewish holidays when everything about the Treblinka camp dashes back into his mind. If it weren’t for the American soldiers getting there on time, he would have gone to the gas chamber as well.

“You want coffee, Paddy?” Sol says, stationed in his white apron at the big silver urn, cup in hand. The apron is a patchwork of all the condiments Sol has dispensed during his long day. Mustard stains are particularly hard to get out, according to Mrs. Rosen, a tiny woman, who reminds Sol of that whenever she’s behind the counter helping out.

“Coffee later, Sol, with a piece of cheesecake. No dinner tonight. Maggie’s not feeling well. I’ll eat here and take noodle soup to go. I hope she’ll feel better in the morning. She’d never forgive herself if she’s too sick to go to Mass on Christmas Day.”

It’s always quiet on Christmas Eve at Rosen’s Deli but this time it’s quieter than usual. Two regulars, Ruben Cohen and Ruben Goldberg, are the only other customers. They’re sitting at their usual spots at the counter, with an empty throne between them, facing each other in almost matching fedoras and arguing as always about the definition of certain Yiddish words.

Cohen and Goldberg have been arguing about the fine points—and not so fine points—of the Yiddish language for years with no sign of detente. Right now, the argument is over whether kunilemel and shmendreck are Yiddish synonyms, or not. Ruben Cohen says it’s worse to be called a shmendreck than a kunilemel and Ruben Goldberg maintains that is not accurate.

“They’re both the same, Cohen!” Goldberg proclaims, prior to a slurp of coffee.

“Are you telling me you’d just as soon be called a shmendreck as a kunilemel,” Cohen yells at Goldberg.

If a selection had to be made, Goldberg would probably be judged the scholar of the two in that he usually completes the crossword puzzle in the Chicago Sun-Times in half an hour. Cohen, on the other hand, is currently a cab driver with a degree in accounting. He’s between jobs, which is usually the case for Ruben Cohen, and he hasn’t got time for crossword puzzles. But he’ll do your taxes accurately for a lot less than H&R Block.

“Time is money,” Cohen says to Goldberg as he heads for the door. “I got no time for crossword puzzles on Christmas Eve. I’ll be getting quite a few fares for Midnight Mass. It’s tough for the old-timers to walk a few blocks. Ask Kelly over there. He’ll tell you that’s the truth.

Paddy Kelly in the meantime is lost in thought as he finishes his cheesecake and coffee and walks up to pay his tab at the front of the store. Once again Sol is there wrestling with his ancient register. Some days it works and some days it doesn’t. Sol shakes it at least three times before putting in a call to the repairman. On Christmas Eve, the charge would be higher and it’s high enough, Sol says, on regular days.

“Cancer, Paddy,” Sol says. “They operate next week. Things don’t look good. The docs say everything depends on what they find. Up until now she’s had good health for a woman her age.”

Paddy had eaten a lot of cabbage in Ireland but nothing as delicious as Mrs. Rosen’s sweet and sour cabbage soup. He always comes in for a bowl on St. Patrick’s Day before heading to the party at the Knights of Columbus Hall.

The Rosens cater that event every year. For weeks afterward arguments continue among the guests, most of them immigrants from Ireland, as to which corned beef is better—Rosen’s kosher corned beef or the version they ate on holidays back in Ireland, provided their families could afford it. Otherwise they ate boiled cabbage and potatoes with a piece of pork tossed in for flavoring.

Paddy has always preferred Rosen’s corned beef but he would never risk his life by saying so in front of the other Knights.

“Sol, at church tomorrow, Maggie and I will pray hard for Mrs. Rosen. I hope to God the surgery works. Sometimes praying is all that anyone can do.”

“I know,” Sol says as the register finally springs open. “You have a good Christmas, Paddy, and we’ll see what Christmas brings.”

Good friends on a good season, over and over, that’s the good life, no matter when it ends. – Tyler Malone