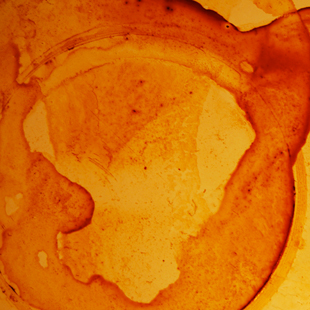 “Shelly,” I said over the phone, “have you looked outside today? It’s a sheet of ice. My car door won’t open.”

“Oh, so you don’t want to go visit Willie today?”

“I didn’t say that. Of course I want to visit your brother. I just don’t want to drive. Can you pick me up?”

Naturally I felt guilty, but since colliding with a school bus two years ago in a snowstorm I lost my gumption.

“I’ll be there in half an hour,” she said. I set the timer so I’d know when to watch out the window.

When I got in her car I was relieved to see that in case an icy tree fell on us and we had to await the Jaws of Life, she had plenty of food and drink for us in the backseat. Idly, I wondered if she had a can opener for that can of yummy baked beans.

Willie lives with two other men in a group home in East Oak Lane, Philadelphia. It’s literally a beautiful three-bedroom house with lovely paintings on the wall and comfy furniture.

We stomped the snow off our feet when we got inside and Shelly introduced me to Ron, the house manager.

We made ourselves at home. In the kitchen, I plugged in the Mr. Coffee Maker and consulting Ron and Shelly, made 10 cups of coffee, Dunkin’ Donuts Decaf. Shelly cut the cheesecake from Trader Joe’s and some holiday apricot kuchen.

We all sat down to eat. The TV was on with a noisy football game. In group homes the TV is always on. I’ve visited half a dozen and they’re all the same. The house managers are very important people and have power over people’s lives just like parents.

All of the men talk to themselves. Their histories are contained in huge three-ring binders on the bookshelves which also include the medications they take. All the men smoke like chimneys. The man I sat next to and tried to converse with had eyebrows that draped halfway down his face. Try as I might, I just couldn’t get a conversation going with him or any of the other men.

They loved their coffee and finished the entire pot within ten minutes. So you know what I did? I asked permission and then made another six cups. Without exception, they drank their coffee with shaking hands. Their medicine made their hands shake. Shelly’s brother shook so bad he spilled the coffee all over his sweatshirt and onto the table and didn’t even seem to notice. So I went into the kitchen and got a dishcloth and wiped it all up. I cannot stand food messes. I let Shelly wipe his mouth.

Willie and another guy had lost all their teeth. They also had tardive dyskinesia from the medicine. Their mouths moved back and forth like scissors.

When I started working with mentally ill people at Bristol-Bensalem Human Services I always wondered the following: if you put these people on an island all by themselves would they be able to fend for themselves and populate a new nation?

I remember thinking this thought when I was sitting in the office of the chief psychiatrist, Norman Lamonsoff, and looking out the window. I saw one of the women—white-haired and obese from her meds—going off the grounds and into a nearby forest that was near the Pennsylvania Turnpike.

Usually a slow-moving man, Norm got up from his chair, summoned Diana Ice and a posse went out looking for her.

I had two cups of decaf and a slice of cheesecake at the group home. We lit Chanukah candles. Shelly and I invited the boys to join us as we said the Barucha but no one could remember the words. The candles flickered merrily on the dining room table and the men asked for seconds of everything.

I asked to tour their rooms. The man with the long eyebrows showed me his room. The ceiling was sloped since we were in the attic. Photos on the walls showed him at his Bar Mitzvah, a handsome dark-haired young man full of promise. Shelves were filled with books and a chess set lay on the table. A University of Pennsylvania graduate, it was believed that, at a party, he drank the wrong cocktail, which was spiked with Ecstasy. His brain was ruined like a smashed cantaloupe.

I pretended I was married to him. I’d dress him up real nice and bring him out to meet my friends. I’d coach him on what to say and how to behave. He was a year younger than me but looked about eighty. I could tell my friends I’d finally met someone who wanted to marry me. But, you know what? No matter how I coached him it would never ever work. The man would do what he wanted to do.

We stayed at the group home for what seemed like a very long time, but it was never boring because Shelly was there. She’s a real talker and does comedy skits in Philadelphia that draw nearly a full house.

After we left, she said she found out some good information about how Ron, the house manager, got Willie to do things he didn’t want to.

Byberry State Hospital closed down two decades ago for inhumane treatment to patients. An independent report found naked men huddled in the hallways, along with raw sewage and feces.

Willie had gotten beat up there almost every day and had lost his front teeth from the beatings.

Willie! The sweetest man you ever met. The quality of “sweetness” simply radiates from him. Sometimes my boyfriend tells me I’m sweet, but, man, you’ve never seen sweet till you meet Willie.

Bare humanity, malnourished bones along with bad brains, can’t contribute much to our spinning globe, but they can teach us everything. Your own reactions to the world’s lessers prove how worthy you are to not be toothless, drooling on yourself, and only knowing hope because someone pretends to love you. – Tyler Malone