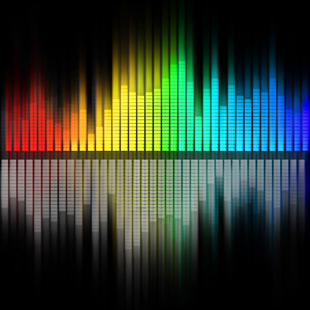 So, today I drove to work in a car with no heat on a day that was so cold people even started caring about the homeless. When I got to work, my boss was waiting for me, ready to nag for twenty-five minutes about something somebody else did but averted reasonable suspicions to me because they knew I would just take it. They were right. I went to the bathroom and cried for ten minutes and finished my shift. The world felt cruel and inconsiderate, and I questioned whether I even wanted to be a part of it. I wanted to curl up in a ball and tell everyone to leave me alone.

After work, I checked my phone. Matt had texted me.

He said, “hey watcha doin? text when you get off.” I did.

I said, “hey dude. day from hell but id love to see you.” He called and asked me why my day was hellish. I got vague and emotional, the way I always do.

I said, “People don’t respect me the way I respect them. I feel constantly taken advantage of. Everyone at work, everyone at school, they would stomp on my spine wearing cleats if it benefitted them in even the smallest way. I’m so done humoring anyone. I,” I stopped. When I start saying “I” too much, I start to worry that I’m being too self-centered. I catch myself and continue. “It just sucks; everything sucks sometimes,” I finished, trying to take the issue less personally and more rationally.

“Why don’t you come over,” Matt asked, well aware that a response to my incoherent misery would be fruitless when I was in such a state of self-loathing.

I drove to Matt’s house in a car with no heat, but my Siouxsie and the Banshees CD worked, so it wasn’t too bad. I took Broadway, passing the sad faces of the homeless, feeling guilty for being so grumpy about my own life. One man had hair like Coolio. He carried a dirty, old gas station pop cup. I hope they let him fill it up when he got there.

As I turned off the engine, Siouxsie cooed, “and the body reeeeels.” I found the lyrics relatable as I violently lurched to the doorstep in avoidance of the bitter wind. I opened Matt’s door and peeked into the friendly living room. When he saw me, Matt hopped up. His cheesy smile of off-white, imperfect teeth and his pretty blue eyes with their thick black lashes melted my bitter brain.

“Hey,” he said, “I made us some coffee.” I needn’t reply; he knew I wanted some. He led me to the kitchen where he poured me a cup.

I nodded back and took another sip of the most glorious coffee in the world. Matt walked toward the stove, behind me. I figured he was cooking noodles, like he always does, and was checking on them. Instead, he approached me from behind, a stealthy maneuver of playful lust. He wrapped his right arm across my chest and kissed me warm on the side of my neck.

“Do you wanna go get Indian food tonight,” he murmured.

“Hell yeah,” I declared, harshly breaking the amour of the moment. “And let’s get those curry balls again! Those things are freaking delicious!”

We went, we ate, we curry-balled, and were merry. On the way home, Matt told me about his day. He said, “Work was pretty brutal. Kate wouldn’t stop talking about her vagina, I kept dropping plates, and salt caked the floors so bad, I had to mop twice.”

“Why didn’t you tell me your day was so bad?” I asked.

“You sounded upset,” he replied, as if that were a reason to disregard his own problems. God, he’s so considerate; I want to punch him in the face.

It’s sort of funny, but Matt is a creature of habit. He always listens to the same CD in his car: Doolittle by The Pixies. Both of us have heard it so many times, we could sing it in our sleep, yet we never get tired of it. The track was on low, and I couldn’t hear it, but as the broken screen switched to “Track 10,” Matt cranked up the volume. I looked at him and blushed; the song was “La La Love You.”

Unhindered by my tenacious fear of romance, he sang with the CD, “All I’m sayin’, pretty baby, la la love ya, don’t mean maybe.” My face was on fire. I know it’s cheesy, but he got me so bad.

“I love you too,” I said, peering out the side window as I said it. All I could see was dirty snow. After the song was over, I switched to track 2, “Tame.” It’s a very visceral song about sex, and I’m much more comfortable with sex than romance. Matt laughed and rolled his eyes, he knows that all too well.

He drove us back to his house. We had pretty good sex, the kind that beats broken plates, frozen fingers, salty floors, and screaming bosses right out of one’s mind, and then we fell asleep. I stole all the blankets and kicked him all night. We reheated the coffee and ate leftover noodles for breakfast.

That morning, I drove to work in a car with no heat, and it felt wonderful.

Why is this world full of murderers and insane people? Well, it’s really not, we just think it is. When you start loving the darkness, think about that one tiny speck of light in your life, then follow it. – Tyler Malone