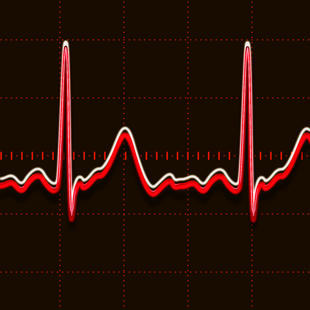 We got the call at 5 A.M. My father had woken from a coma after forty-eight hours and asked to see his family.

Before he had fallen into the coma, we had brought him home from the hospital.

“Take him home and make him comfortable; he doesn’t have long,” the doctor said.

We came home and ordered food. For my father, we ordered angel-haired pasta with shrimp. My mother, his wife for nearly 40 years, tried to help him sit up and eat, but he could barely lift the fork to his mouth. Eating was more of a gesture than a reality.

In three months, he turned bone white as the cancer tore through him. The doctors were right, despite my mother’s condemnation of medicine and all science. “I don’t trust those damned doctors,” she said, her dark Sicilian eyes swelling behind her thick reading glasses. After two thousand years of being run over by invading foreigners, Sicilians had faith only in family.

“He didn’t get this from smoking, you know,” she said to me.

We’d had this discussion plenty of times, so I didn’t say anything. She was arguing with fate, not me.

Slumped over the table, my father didn’t have enough strength even to hold his fork. White beard bristles covered his gaunt face. His once-bright steady eyes sagged and blinked, straining to stay open.

We were all trying not to think about what would happen next.

My older brother Frank, barked at me, “Help dad out with his fork.”

“Here, Dad,” I said as I twirled a fork of pasta up to his mouth. He opened and attempted to chew, but couldn’t.

“Would you shut up,” I whispered sternly. I tried again to hold the fork up to his mouth.

“I can’t,” my father replied bleakly, his eyes shutting. His chin dropped down into his chest suddenly. His body had given out. He slumped over to one side.

We jumped to help him. Frank got to him first.

Frank and I carried his six-foot one-inch body over to the couch, Frank giving me directions the whole time. Despite the fact that my father knew he was dying, he was smiling and serene. He started to sing “That’s Life,” weakly but audibly. His eyes were closed. “Riding high in April, then you’re shot down in May.”

As I stroked his hand, tears falling down my face, he continued singing to me, his voice getting quieter.

Then he stopped singing, smiled, opened his eyes wide and said, “Don’t worry, kid. It’s okay. Everything is okay.” After a lifetime of not understanding the other, we had to come to terms.

Now his singing faded to a whisper and then only to a slight hum. I continued stroking his thin grey hair.

Then he drifted off into a deep coma.

Now at the hospital, maybe twelve hours later, he emerged from the coma. He said that an illuminated oval portrait of his family pulled him out. He followed its light until he awoke.

“Now I want to say a few things.” The fatigue and morphine made his eyes bulbous and inflamed. He looked like an Old Testament Prophet. My mother sat beside him. My brother, two sisters, their husbands and I gathered around him.

“Your mother,” he continued, holding her hand, “she should be put up in a closet.” We all laughed. Of course, he meant, “put her on a pedestal.”

“When we first got married, your mother wanted sex all of the time.”

“My penis was too small,” he said.

My brother and two sisters were now doubled over in hysterics.

“Frank that’s enough now. Seriously. If you don’t stop this, I’m going to smother you with a pillow,” said my mother. Now the room was shaking with laughter.

Ignoring her, he continued, “I’ve always had a small penis.”

Now a roar of hilarity brought the nurse to the room to see if everything was okay.

My brother waved her away. “It’s okay,” he said.

“What I am trying to say is that we stuck with it. Even with my small penis, I stuck it up there as far as I could.”

My mother had tears coming down her face, as she choked with laughter.

“Your penis was perfect. It wasn’t small. I can’t believe how stupid you are,” she said.

Now my father, a plain speaking man, spoke like a visionary poet. He said that love is the key to living a good life. That love binds us to the circle of life, to god. He kept referring to what he called “The Sequence of Events.”

He spoke for another hour and then became sleepy. The doctors suggested that we let him rest, so we each took turns saying goodbye. We all knew this was goodbye forever.

To my brother, the Wall Street trader, he said, “You’ll always find a way. You’re like the sky, you won’t stop.”

I couldn’t hear what he said to my sisters. He spoke quietly to each of them, pulling them in closely.

To me he said, “No matter where you go, around here or on Mars, there’ll never be anyone like you.” Now that he wasn’t going to be around, he left all of his secrets to us.

Then he asked us all to leave so he could talk to my mother. We all watched from the other side of the glass window outside his room. He held her hand and they talked for a few minutes alone.

When we returned to his bedside, he had stopped talking. He started to hum again. He had worn himself out.

After a few seconds, even the humming trailed off.

He smiled and became silent.

Soon he fell back into a coma. During the night, his breath grew more and more shallow. He died 4 A.M., before the morning sun.