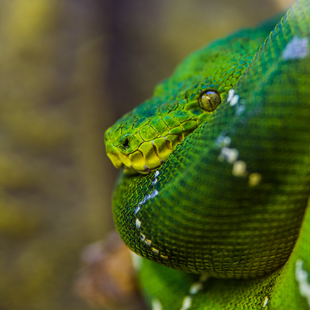 The letter said this project could change your life, so he sat in his University of Arizona-Herpetology Dept. office waiting for this Dr. Wang to appear before the United Nations. They were showing the general assembly on the cable news station, which was full to capacity, with folks standing on the sides. Protocol and safety were at their usual high standards, but today was a special day.

He looked over the letter. It called him their top choice, and one of only a very few even considered. He had already talked to the other two folks, and all agreed as to the enormity of the project.

She was sipping green tea with a little honey and lemon. Her notes, dog-eared and stained, had been gone over many, many times. She just wanted to go and deliver the good news. No spin, just tell it like it is and let the world react as they will, then get all the champagne toasting Amen! and commencement addresses out of the way. It was time to get out there and boot up these new communities, these new worlds.

Jack was looking at the bio of Dr. Wang, daydreaming about the time the wind turned over his tent and all those poison boys got out in the dark. He swore off drinking in the evening when he was hunting the reptiles, and he had held true to his word. Now he was getting intoxicated on some sort of Chinese brew. He saw her from afar, he read the letter that either she or someone from her company had written. From his point of view it was looking strictly professional, but something was stirring in him. He shook his head and laughed. What the hell are you thinking of, Jack? He was thinking of Dr. Wang.

She was listening to “The Planets” by Holst on her iPad. Time for another Venus to take on Mars. It was a funny thing to her, when men did not understand that love was both the tender embrace and that boot in the ass. That was what children were about. Men were always children and they always needed kicks in the ass, kisses on the cheek. Why did women play games? Because you play games with children. Men, billionaires, world leaders and astronauts, were all just children with cool toys. So Dr. Wang was coming out to mother this world that had hurt their knee riding a bike up the street. Mother.

Jack picked up his lemon/lime/strawberry ice water. Every time he took a break to put the fruit in his ice water, the fellow herpetologists laughed. Then he relayed his story about how that one time you are careless, with snakes or drink, it changes your life forever. I don’t care if in the mountains and boulders of Northern Arizona, the deserts of Southern Arizona or Mexico, or in a damned bar at John’s Green Gables in Phoenix, where copper and aluminum snakes bit him with their tequila shot fangs, he swore off drink in the company of snakes. He looked up at the program describing Dr. Wang’s “Sludge-Bot” factory. He had never connected the two before. She was the owner of one of the most renowned products on the world market. She got onto the world stage not by manufacturing something that could hurt the world but something that had doctored her time and time again.

She remembered, in what seemed like fractions of seconds, daddy and her creating a prototype of the sludge bot for a science project when she was in 2nd grade. She was a prodigy who continued into university, taking robotics, tech, medicine, math, science, engineering, etc. I want to mother us all. She shook from the daydream, and adjusted herself in the mirror.

She walked out to the grand stage after being introduced by the president, her personal friend. Talked up by the mayor of New York, the governor of New York, and the head of the United Nations.

“If I fuck this up, there is no place to go but, to the moon, Mars, and into the ocean of this so sick patient.”

They gasped and laughed. This was her?

“By the way, I know they don’t have a word for that in Mandarin, so at least I am safe from my Chinese side of the family.”

Her mom and dad were shown on the screen. They were teary eyed. A proud Swedish/Arizona American dad and a proud Chinese/American naturalized mom. She smiled at her folks.

Then on a dime, Dr. Jack watched her mesmerize the crowd. She just used the F-bomb then proceeded to tell the world about how we were colonizing Mars, the moon and our deepest recesses of the ocean. She was the world leader of the project to save life, all life, as we know it, by taking it to these places. This was the project that would change his life. It was going to change his life in ways he could only dream about. He drank some more fruit water, and began to fall in love with the Chinese/American PhD./M.D. Mother and fuck.

The venom is never as dangerous as the cure, so fall in love with the sting and enjoy what it does to your insides. – Tyler Malone

"born burbank, raised hell phoenix, living on an island with the chinese girls in the pacific."

"i have been published all around the place: Pink Litter, Red Fez, Blackheart, Carcinogenic, CHA, and of course i have been swirled!"