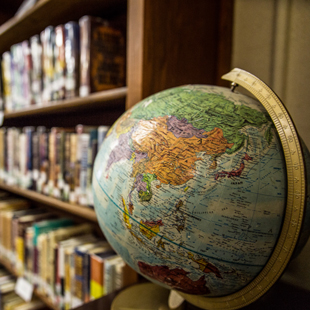 Tony was trying his thirteenth draft on this piece, 1234 words, into the top of the fifth double spaced page. It was a true story in Tony’s own life about how he almost got screwed, due to the follies and games that men play, out of a musical gig. The musical gigs were important to Tony as a livelihood and a passion. He had a beautiful voice and an extensive knowledge of popular and standard songs. The bossa novas, the Frank Sinatras, and so on, through the various rock and pop idioms. He doubled on guitar. It was one of those pieces where the parts couldn’t quite get put together, at least not in Tony’s mind.

Like most creative writing students at Touro College on the west side of Manhattan, this student did not bring in something new. This is what made them creative writers—they already had the drive. They put themselves into the hands of more experienced persons, to cultivate their talents.

In other words Tony was having a rough time with the piece.

“Dr. Whitmore,” he said, “it’s got all the fucking ingredients, I just can’t make it stick.”

“I know,” Whitmore said. ”It’s not unusual for beginning writers to struggle.”

“Tony,” Dr. Whitmore said, after fifteen minutes, “you’re trying to write a story about something that didn’t happen. That’s the impression I’m getting from where this is going.”

“Some of it happened.”

“I don’t believe that. After all, the main piece is left out. It’s only speculation.”

“But that’s the thing that gives it the power,” the student responded.

Dr. Whitmore was still a moment.

Tony looked at the Persian rug to the left of the glass-topped desk across which he faced Dr. Whitmore. It had a nice, black inky color with intricate patterns. Little dancing figures and ember flames. Tony examined the large, scattered desk, papers in disarray, framed photo of a pretty woman, and the full set of bookshelves behind the man. Looked like it held mostly literature titles, from what he could tell. Hemingway, Walt Whitman, Faulkner.

“You see,” said Dr. Whitmore as he picked it up, “Hemingway could work with omissions and limited materials and get the full feel, but that’s hard for a beginner. Just know that you’ve got a nice tale there for the future, just not now.”

He returned the paper.

“I read The Old Man and the Sea in high school,” Tony responded.

“I know, Tony, everyone does,” he said. ”That was latter Hemingway. He was all right.”

“How are the courses, otherwise?”

“I know,” smiled Dr. Whitmore. “Say, Tony, maybe work on something more limited for now, for a beginning assignment. We’ll talk again about this one in three weeks.”

Tony stood up and let his imagination work on something new right away.

He squashed his cig but Dr. Whitmore kept smoking.

Professor Whitmore now stroked his large reddish-brown beard in his four-room Williamsburg apartment. He lived with his wife, Louisa, for three years, at 419 Bushwick Avenue. Bushwick in his area was a long, winding, bumpy, hilly road, filled with gas stations, bodegas, housing projects and tenements rapidly converting into yuppie buildings. He, of course, occupied the latter.

He stroked his beard and pondered the problem. They occupied a two-seater table, a slab of dark wood held up by a firm, silver, cylindrical base. They sat at red vinyl-covered chairs made of matching dark-brown wood to the table. He pondered the problem quietly.

Near the supper-end he summarized the key points to his wife, who wondered what he had been thinking about. He began: ”A man walks into a bar…” and then laid out a basic sketch of Tony Fortunato’s unfinished piece. The wife was a guidance counselor at P.S. 32 near the apartment. Louisa was a good, sympathetic listener. He finished.

Louisa looked up from her coffee. She said, “Hon, you don’t have any experience as a musician.”

“I’m a writer, I only know how to take something and bend it.”

“Yeah, Hon, but are you sure it’s the right thing to do?”

John Whitmore went into the small studio south of the kitchen, taking a second hot coffee with him.

In front of the opened Dell laptop, he said out load: “Damn, the thing is practically starting to write itself.”

With tenure coming up and a droll future expected otherwise, the pressure mounted and the fingers sped. He had pondered the ironies of humankind a while, then got into a more imaginative mode.

The night moved swiftly. Three and a half hours later, Whitmore was done. 2700 words. He practically breezed through, it was so easy. Dr. Whitmore sat a little more at his blond wood studio desk chair and looked outside his west window at the friendly March moon. Yeah, it’s got all the hidden Freudian significance, Whitmore thought, but still, to lay it out on the page, it takes a more experienced man.

Writing takes a lot, mostly a life lived. There’s nothing wrong with spending a life writing down the world; waiting for it happen, though, that’ll kill you. So live! So write! Write to live and live to write! – Tyler Malone