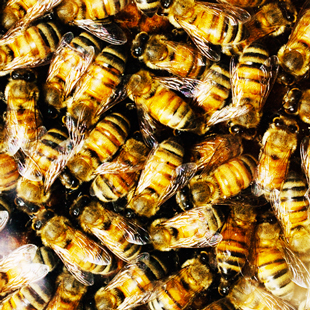 “Have we got anything to eat?” she asked, shattering the silence with her jagged crystal voice, “Have we got any fish? I want a fish,” she added, looking at me sidelong, not quite sure of her own motives. Her face was shadowed by the headrest. To me, she seemed like a horse underwater, not struggling but submitting to the environment. In the silence, I realized that she was expecting an answer.

She drummed her hands on the dashboard in a rare moment of animation and began to speak in an almost unbroken stream of words. “Then the stuff fell from out my pocket and the woman gawped at my face, proper close, you know, and I thought, what the fuck do I do now? And I was sweating, on the spine line, you know, like that book you read to me, 1984 or something, drippy spine sweat and my thighs felt thickly and I thought, fuck it, I’ll leg it.’’ A brief pause, then in a more melancholic, slower voice, ‘But you don’t, do you? When it comes down to it? It never happens, your feet stick to the floor and that weird coldness that makes you powerless, and I felt tired, really tired, then suddenly, overwhelmingly sleepy, and I could have fallen to sleep right there in the shop, on the pile of cardboard… are you listening? Fucking listen, will you! You’re not even looking at my face—look at my face!”

So I looked at her face and she calmed, somewhat. In a moment of calm I knelt on the ground picking through the dried cigarette stubs, deciding on their usefulness. We had had a brutal and telling argument and I felt exhausted, I looked up to the small mound of grass in front me, she stood naked like an apologetic mannequin, her body eclipsed by the light around her, I had to shade my eyes from her skin it seemed so bright. Suddenly the mundane nature of her nudity held a sensual assurance. Her shoulder blades and hips battled constantly in some intense geometry, a Dali-esque landscape of flesh, limbs jutting into unnatural angles, she walked over to me and pressed herself onto me, standing so close I could smell her pudenda, our unwashed skin a cloying mixture of sex and cigarettes, and she squeezed me, digging her half torn nails into my head drawing blood, but I was so tired I barely made a sound. I often watched her dress and undress as she moved with the same effortless motions, her clothes just a thin mask netting covering her powerful musculature, a cloud over her sinews in rest, sinews in twisting pollination, her strong arms a lineation of shadow.

Some hours later came the night and it seemed so thoroughly to be upon us. We sat on the ground beside the dry grass which brushed onto my bare thighs, even though there seemed to be no wind and I remember looking at the skin of my calf as if it held some answer. I could see in her face that she wanted to speak, her lips opened partly then closed and for a second I half imagined that bees began to fly out of her face, a flash of vivid images contorted my mind, a thousand bees, a thousand wasps, her face deforming into a solid mandible then a pale smooth mask, a hideous shoe, and I had to turn my face away from her, covering my eyes and mouth with my hands as I wept silently, screaming into my sweaty, dust-covered palms biting the fleshy part under my thumb in response.

We abandoned the car and set it alight, which made sense at the time. We solemnly watched it burn, quickly at first, then slowly, then steadily. We sat apart from it warming ourselves involuntarily, our clothes oil stained, our faces a cliché of reflection. Kate’s hands made patterns in the soil and the dust, odd straight lines that lead to nowhere. Like a rogue face in a mirror, I could hear the sound of an ocean somewhere to my left, its rhythm a lullaby, lullaby, lullaby, a number of times I started to speak, even making the appropriate gestures and each time something stopped me, her face seemed to be still silently on the verge of speaking, mouthing a series of commands or pleading without emotion to me, and so I waited.

I reached the ocean at dawn, my hands still numb and my heart pounding in amphetamine codes, the tall grasses as I had got further away from the road became almost unreal, staged, a strange plastic sensation on my fingertips, the negative landscape which we had traversed if only figuratively formed strange integers against my own perspectives and now as I ploughed through it, it gained its own mythology. The water’s edge ebbed as I approached and like acid it touched my red-stained feet, washing them, and this somehow absolved me. I sat down in the sand thinking that even the ocean seemed false in some strange way, my backside sank slightly and I dug my hands and arms deeply and violently into the flesh of the beach, a final anchor on this solitude beach. I watched passively as the sea climbed higher over me still wondering what she had wanted to say.

When there’s nothing left, we’ll have something: we’ll have each other. Then, though, those numbers decrease as well. At some point, somewhere, at some time, the end of everything will be a sexy sight for someone. Silence. – Tyler Malone

I’m not even sure what a writer is. I sit here at this desk and decide what seems real and what appears to be unreal. The here is Manchester, England. The here is a suburban house surrounded on four sides and in the presence of former lives and memories.

In an attempt to make some semblance of sense of everything I construct snapshots of reality that, in a way, go some way to prove that two and two does equal five, that the smallest of gestures, the tiniest of inflections can mean something or everything or equally, nothing. I want to show that insanity can be embraced, that no thought is too mad, that staring at a brick wall should be celebrated, that smashing your arms against hammers could be an Olympic event.