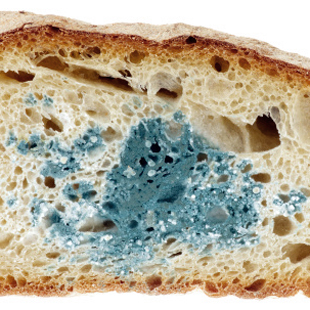 The problem is that there are three problems.

First problem is that Clyde can’t cry. Hasn’t cried in, what, a year?

Well, not quite literally. He goes to the shop to satiate thirst and hunger with cheap food—chocolate-covered matchsticks, milkshakes and matzos. But still, his movements are decreasing.

He stopped going to work, you know?

I said, Clyde, go to work and he said, what for and I said to put bread on the table. He said look, there’re, like, two loaves on the table, eat some, finish it and I’ll go cornershop and get another two loaves, maybe three, or maybe four? Would four please you?

He has mold in his armpits. What’s worse is that the house is falling apart and I can’t do it all myself, you know?

He gets worse every day.

Martha—she’s a good friend, lives next door—tells me her husband is moving them out of this hellhole ASAP and I said where, and she said, oh, Somewhere Better—like that was the name of a town.

Third problem, he doesn’t give me the time of day. I said, Clyde, fuck me. He said fuck you. Pays more attention to books. Big books, not books you can get into, with a story and characters, but a book some people call “volumes,” ones with those big spines with gold writing and shit.

I went up to him and said, Clyde, I’m not getting any younger and he said, look here on page 34 and these genital defects on infants in 1962.

I said, Clyde, maybe our first child could be called Clyde Junior and he referred me to a picture of a cherubic child, blond curly hair—something scholars would call, what, androgynous? —and pointed to the crotch and it looked neither dick nor vagina.

Clyde wasn’t smiling and he didn’t sound really, you know, into it, but he just said, this kid was born a girl and was successfully reintegrated into society as a boy and, after much mewling and hissy-fitting and such, was a boy.

We got married back in 1998. I met him bowling. He was coming on to me all night. I think I remember his pickup line. Let’s split. It wasn’t great. The beginning, that is. But I love him, I can’t help that.

From the moment he led me up the aisle, I felt something in him go. Like I could feel his love leaking from him daily. Like he was hemorrhaging care.

Clyde couldn’t cry, so I decided to, like, surround him by tragedy. I was a social media hog. A real hog for tragedy.

I wanted him to see how tragic this world was. So, just an example here, I’d be the first to know about a high school shooting.

And all he had to say was that he couldn’t compare the size of his hands to the rain.

His mother died, too, and I thought that’d do something. I told Martha and even she cried. She came round, knocked, and told Clyde she was so sorry.

Clyde just looked confused. Said, why are you sorry? It’s not your fault she got cancer of the gut, he said. He said plenty of people died of cancer. Cancer of the liver, the leg, the marrow, the brain, cancer of everywhere. Why apologize? It happens.

I couldn’t believe it. Martha told me later that she was moving next week and that I should go with her. I said no. I can’t leave Clyde. I love him.

She said he sure don’t love you honey.

The funeral was a failure too. Clyde didn’t cry once. His brother cried, literally cried all over Clyde’s shoulder, but Clyde was too busy reading Forty-Niners, the Chronicle of the California Trail, by Archie Butler Hulbert (1931).

And don’t get me started on his movement. I told Clyde, look, feel this. I’d put his hand on my breast. Squeeze, I said. His arm dropped like lead. I said I won’t get you food. You have to get up to get your food, else you’ll starve.

Too difficult to say.

And I tried playing with Clyde. Sexually. Nothing.

So I called my mom. She told me she had the same thing with dad. Dad’s dead now. Men die younger, I told mom. She said that was a rash generalization. Dad died at 68. So what? He died because he was a man who’d lost his lust for life, just like Clyde.

Didn’t feel a thing for years, she said. Clyde, content with staying still. Mom called this stasis. What the fuck? Sipping Coca-Cola on the porch, maybe. Maybe that’s the extent of what he wants. I asked him, Clyde what happened to your dreams?

I told Clyde I wanted to move forward. Like, at least put my mark on this world. Clyde just smiled.

I didn’t divorce Clyde. I have my needs, sure, just like anybody. But when you love someone, you love them and that’s that. Just because he’s lost the ability to do—well, whatever— doesn’t mean you give up on a person.

I woke up this once and I swear Clyde’s neck-deep in, like, a terracotta plant pot. Needed to water him and everything. I watered him for about 3 days straight. He didn’t grow, but he didn’t die. He said he liked it this way.

We’re in the car now. He’s a man and men aren’t supposed to be this way.

Just another tragedy, folks. Just another bloody tab in your browser, a sad story on your feed, a tweeted tragedy. For every victim, for every corpse, there’s someone who loved how warm they were. – Tyler Malone