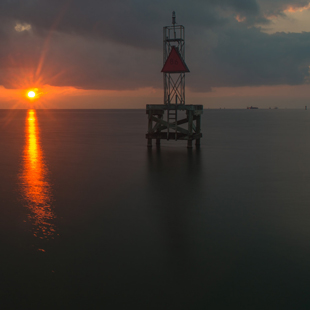 After praying all night at the foot of his bed searching for answers to questions that never got answered he decided that today was the day he was finally going to kill himself. After an exhaustive search online of the many and varied ways he could shuffle off this mortal coil.

He decided on drowning.

The beach was preferable, although he ran the risk of the lifeguard mistaking him for a person who needed assistance. He could pick a spot with no lifeguards, but he decided against that. He wanted this to be a deeply personal experience not to be shared with anyone, and the fact that he could not control his environment and that a stranger might pass by and try to be a hero made the solution to his problem all that much easier.

He would drown at home.

It would for the best as he could recreate the experience of drowning at sea at home. He checked the weather channel and found that on this particular morning the sea temperature was 67.4 degrees (19.6 Celsius). He had bought a temperature gauge from his local hardware store for the Christmas turkey the previous year. It was one of the few things she left him after the divorce.

After she left he stayed drunk for many days, he called into work and organized some time off. The days turned into weeks and he just spent his time drinking beer and contemplating how and when he would kill himself.

He ran the bath, constantly turning off the taps this way and that, until he got the desired temperature. He had read all about the five stages of drowning. They were surprise, involuntary breath holding, unconsciousness, hypoxic convulsions and clinical death. He would skip the first and second stages he thought and enter straight into the third stage, bypassing the surprise element and involuntary breath holding.

He took off his clothes and entered the bath. It was just right. He thought about lighting some candles and maybe some incense but figured that was a horseshit thing to do. He relaxed into the water and let his mind go blank. He had decided that he wanted to follow protocol after all if he wanted to do it right, otherwise he might miss out on something he obviously could not go through the first surprise stage so he would start from the second stage that would be good enough. He took a long deep breath his last in this world and submerged himself underwater.

He thought about all the possibilities that would happen after the last stage. He wondered if his ex-wife would miss him. He doubted it. She was too preoccupied with herself to give him a second thought.

His mind began to drift and he was starting to see white spots everywhere which in turn reminded him of the time when he and his wife were walking home in a blizzard—they were holding hands and their heads were burrowed down against the cold. He remembered the look on her face of stoic determination to get home and he never felt closer to her. She had always, always given him more affection than he had given her in return, but he never fully committed to their relationship. He tried the best he could but most of the time he was distant. When she eventually grew tired of his refusal to open up emotionally she moved out of the house he bought for her, the place where he thought they would grow old together.

That was when he started praying. It didn’t help.

He was entering the third unconscious stage he started to splutter the pressure that was building up in his head was enormous. He started shaking as he wished he had said some last words or written a note. It did not matter. The moment of his exit had arrived.

All of a sudden he bolted upright and started coughing uncontrollably.

His ex-wife was standing over the bath looking at him.

“What are you trying to do?” she said.

There’s a fine art found in drowning, John Berryman proved that. But like poetry and baptisms, it’s not for everyone. – Tyler Malone