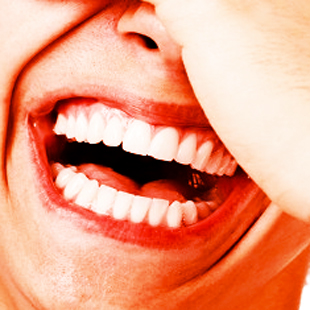 No one really knew him. He was just a 20-year-old kid who sat in a corner and didn’t speak; another mental case and a mute. When he arrived, one of the psychiatric aides introduced him to me. I said hello and forgot about him immediately.

Then the rumors spread. I heard three of them.

First, the boy swallowed a bottle of pills and OD’d. They pumped his stomach in some ER, sent him to a psyche ward, and transferred him to us.

Second, the boy took LSD and had a bad trip. Which kind did he use? Well, again, I heard three different truths. He took sugar cubes or maybe Orange Sunshine acid or blotter paper LSD. Who knows?

Third, the kid witnessed some horrific event and went berserk. He ran naked in the streets and screamed, “Murder! Murder! Murder!” until the cops restrained him and shipped him off to a mental ward. You hear all kinds of stuff here.

They call this place The Haven. It’s real beautiful here. I mean, we’re out here in the countryside. The grounds are gorgeous, the lawns manicured, and you can play almost any game you wish-tennis, ping pong, basketball, baseball, and mindf—ing; whatever you wish. Personally, it’s like a dead end street to me. I hate it. Can’t wait till they give me a weekend pass.

Hold it. The Monday morning meeting is about to start. Dr. Gold, the head shrink, a man who shows no emotion, tells us the bad news. “So and so killed herself during her weekend pass.”

A long silence permeates the day room and covers us. My eyes dart and flit across the room. My fellow patients look like the creature of Munch’s painting The Scream. But their twisted, anguished faces scream silently. This consuming silence is creepy and haunting. I long for someone to break this unbearable silence.

And then the boy, a little emaciated thing about 5-feet-tall with vacant black eyes begins to laugh. At first, it’s a minuscule giggle, followed by erratic giggles. But soon, the giggles are replaced by a crescendo of outbursts until finally, the boy laughs incessantly and uproariously. Indeed, he can’t stop laughing.

“Mr. So and so is having an attack,” Dr. Gold says dispassionately. “He’s out of control.”

The day room shakes. I fear the cottage we live in will explode as the boy’s laughter becomes a thunderous tempest.

“Stop!” I cry out, but the kid can’t. His laughter is a storm and an act of war. Yet it jolts my memory.

We’re dead, a bunch of hopeless suicides lost in The Haven, a way station before we go to our final destination. Now, the kid’s about to explode and so are we.

“Where are we going?” I mutter.

The boy laughs too much. A post-life nuclear explosion for the dead is imminent. Through the power of a mute with a hearty laugh, we’re going on a weird journey into the wasteland beyond.

Laughter is the best medicine because it’s damnation: it’s us, loving ourselves to death. – Tyler Malone

A bit about Mel:

Dr. Mel Waldman is a licensed New York State psychologist and a candidate in Psychoanalysis at the Center for Modern Psychoanalytic Studies (CMPS). He is also a poet, writer, artist, and singer/songwriter. After 9/11, he wrote 4 songs, including “Our Song,” which addresses the tragedy. His stories have appeared in numerous literary reviews and commercial magazines including AUDIENCE, HAPPY, SWEET ANNIE PRESS, POETICA, CHILDREN, CHURCHES AND DADDIES and DOWN IN THE DIRT (SCARS PUBLICATIONS), PBW, NEW THOUGHT JOURNAL, THE BROOKLYN LITERARY REVIEW, HARDBOILED, HARDBOILED DETECTIVE, DETECTIVE STORY MAGAZINE, ESPIONAGE, and THE SAINT. He is a past winner of the literary GRADIVA AWARD in Psychoanalysis and was nominated for a PUSHCART PRIZE in literature. Periodically, he has given poetry and prose readings and has appeared on national T.V. and cable T.V. He is a member of Mystery Writers of America, Private Eye Writers of America, American Mensa, Ltd., and the American Psychological Association. He is currently working on a mystery novel inspired by Freud’s case studies. Who Killed the Heartbreak Kid?, a mystery novel, was published by iUniverse in February 2006. It can be purchased at iuniverse.com, bn.com, at amazon.com, and other online bookstores or through local bookstores. Some of his poems have appeared online in THE JERUSALEM POST. Dark Soul of the Millennium, a collection of plays and poetry, was published by World Audience, Inc. in January 2007. It can be purchased at worldaudience.org, bn.com, at amazon.com, and other online bookstores or through local bookstores. A 7-volume short story collection was published by World Audience, Inc. in May 2007 and can also be purchased online at the above-mentioned sites. I AM A JEW, a book in which Dr. Waldman examines his Jewish identity through memoir, essays, short stories, poetry, and plays, was published by World Audience, Inc. in January 2008.