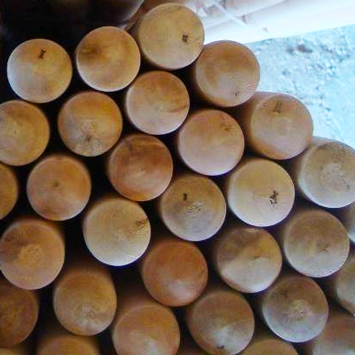 As a little girl I always puzzled over the idea that witches, like Elizabeth Montgomery in Bewitched rode broomsticks. Of course, I was young and a little too literal-minded to realize that a broom is not always a broom, and that there are many forms of “brooms,” kind of like the proverbial “womb broom.”

When I came of age I realized that the brooms witches ride are not exactly brooms, but, well, something entirely different, more along the lines of the “womb broom.” Imagine it: Fifteen-hundred-freaking-years of peasants frightened out of their wits by old men in dresses who were basically competing against Druid and pagan cultures: holy men, righteous men, men in dresses, men who more than likely even then were committing acts of sodomy and child molestation, mainly because what better draw is there for a human being who cannot reconcile his/her sexual orientation or preferences with theological totalitarianism, the kind that manifests as “sexual totalitarianism,” the idea that only one way of having sexual relations is possible, and that this only one way manifests itself only when approved by men in dresses?

Sure. The old wives tales are old. According to theological agitprop, the kind of propaganda meant to agitate people into either accepting or rejecting a theological or political paradigm. Ancient Rome, for example, wrestled rife with sexual promiscuity, orgies, and all sorts of bestial behavior in the sexual realm, but seriously, recent research paints an entirely different picture: the ancient Romans were sexually quite demure. It only goes to follow that the Catholic Church, the perpetrator of all this troubled thinking in regard to sexual behavior and the totalitarian hold thereof, also perpetuated the same demure thinking as its earlier incarnation, a political empire that, notwithstanding, took ancient Hebrew constraints and co-opted them into a mouse that roared, a mouse that has been roaring since the beginnings of the so-called modern world.

Enter Deborah, my witchy friend. Deborah, by Catholic or even Protestant standards, has been riding brooms, so to speak, since she was fourteen-years-old. And fourteen is a “holy number.” one associated with Jesus Christ. Go figure.

Broom number one: Deborah, who is no Wiccan, no pagan, no anything really, even though she goes to church every Sunday and prays and prays for the betterment of the world, has been a Christian since she was a young girl. And by day she basically adheres to the Ten Commandments; but at night, especially after she discovered sloe gin in college, Deborah is riding broom like any natural woman who happens to be single. In college, Deborah was legendary for her “holy sex.” and the boys on campus knew that just a little alcohol or wine could turn Deborah into Fanny Hill, the famous prostitute of one of the very few novels generally considered definitely not “young adult” in nature, an almost age-old novel about a prostitute in the eighteenth century, a harbinger of the so-called Enlightenment—when men and women actively broke religious sanctions against profligate sexual activity.

Deborah rode a broom like a dog. And the boys loved her for it. Not only was Deborah a lovely young woman, but Deborah was a screamer, a moaner and a yeller all at the same time. Yes, Deborah loved “riding broom.” At least when her inhibitions were down.

And, of course, men totally enjoyed “saving” Deborah from her adulterous relationship with Jesus Christ.

I happen to be a pagan myself. While Wicca is a modern permutation that only estimates how the ancient Druid religion actually operated (the Catholics in their immutably dumb wisdom burned all Druid documents, and many believe that when St. Patrick chased all the snakes out of Ireland, what he was doing was eliminating the male Druids, the so-called “snakes” female Druids used when “riding broom.”

Sex, of course, is a highly spiritual activity if conducted in a spirit of two human beings expressing emotional intimacy in a physical way. It’s funny what legends reasonably well-educated priests can concoct in order to make the strong feel ashamed and thus dominate the strong.

Broom number two: I “ride broomsticks” all over town. Sexual behavior is a highly-prized religious ritual among the Wiccan, and the Wiccan marriage ceremony is called a “binding” of man to woman. Spells? Are they evil? Or are they merely ritual?

In ancient Great Britain, Catholic priests all over creation were burning witches for the sin of “enchanting men,” Enchantment? Can you say, like, Nastasia Kinski with the snake wrapped around her naked body? The snake: Ancient symbol of divinity. The Catholic priesthood was afraid of snakes because the snake as a divine symbol forced Eve to eat an apple (who’s to say exactly what that apple was? But I diverge…), hence women are punished with painful childbirth and “bleeding from the womb” because some primitive woman in the buff ate a fruit in a garden from a tree that had been pointedly pointed-out its fruit was not for eating. Later, 900 women accused of “enchanting men” with more than apples held hands and drowned themselves en masse simply to escape the shame-bots of the Catholic Church.

I consider sex a sacrament in the same way Catholicism considers it a sacrament. I have trouble with sex addicts who use sex as entertainment. After all, sexual behavior is a bonding experience. So, go ahead: ride those brooms, you women who will be accused of “enchanting men.” No reason to walk off a dock over broom-riding. As for the men who want to use you, well, well, well, go ahead: use the broom. Let the users know how it feels to be given that piece of ass. Nothing like a broom used correctly.

It’s a good thing witches don’t wither when they’re wet, because if they knew what was on most of our minds all the time, then the dry survivors will have nothing left but puddles and raging broomsticks. – Tyler Malone