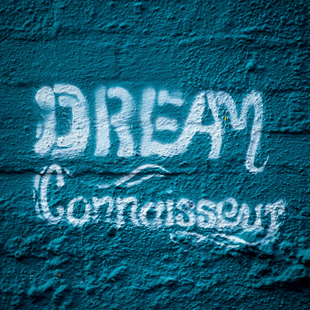 Todd Smith woke to find a raccoon biting his chin.

“I was at camp, dreaming that my mom wanted me to shave. Christ, I’ve only got about four hairs.”

Aaron Goldberg woke to discover that all his teeth had fallen out.

“I’ve had the same dream a hundred times. Out come the teeth. My therapist told me I was worried about losing my job, or maybe I was keeping a secret from someone. Turns out, she didn’t know bubkes about gum disease.”

Arvis Portlander was taken into custody at Microphonics, Inc., his place of work, nude in his cubicle.

Matty Logan, seventh grader, came down to breakfast on a Wednesday-morning school day.

“My mom was in tears. I asked her what was wrong. She told me she had had a dream. In the dream I grew up and moved to the West Coast. I didn’t call. I didn’t write. I ate fast food and got thin. Not fat. Thin. I married a girl who was all wrong for me. The grandchildren were born and never knew my mom existed. At least she could have helped out at the time of their births, but no, my wife’s mother was a complete tyrant. She forbade my mom from flying out when the deliveries occurred. What did I do when this mother-in-law behaved like a Hitler? Nothing. I was under her thumb. At that point my mother contracted cancer but did I come home and visit her in the hospital? I came home, yes, but only to collect my childhood toys, which she had kept for me, dusted, all those long years. I wanted the toys for my children. Me, Matty Logan, monster. I tore out her heart, but still I should eat my oatmeal because the school bus was not going to hang around waiting for me to show up five minutes late.”

Bradford Simmons opened his eyes in the morning and thanked God that it had only been a dream.

“You know when you’re in a situation where you’re totally screwed, but then you wake up and it’s only a dream? That just happened to me, in spades. I was back with my ex, only this time she understood me. You know what I mean? Understood where I was really coming from, and she was going to make me pay for it.”

The President left the White House suddenly on Friday afternoon. Reporters followed him to a psychic’s home on U Street NW in Le Droit Park. He went into the residence and stayed for an hour, with Secret Service agents circling the building and pacing on the porch. When the President emerged, he held an impromptu press conference next to his limo.

“I had a dream last night so intense that I shared it with my Cabinet this morning. The members present were unable to shed light on the meaning of the dream. I convened the NSC and then the Joint Chiefs. No help from either, although members of both used the occasion to push their agendas in a transparent fashion that I found rather pathetic.

There aught to be a law against dreams, though that would be a nightmare. – Tyler Malone