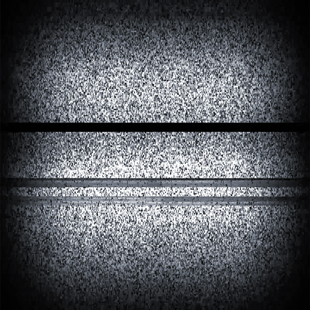 I hung up the phone, mentally exhausted from the battle that had just ensued. I had just survived something worse than negotiating with a used car salesman. Talking to my cable TV provider.

After receiving the flyer advertising the new-to-me feature of On Demand, touting thousands of movies and channels at no extra cost, my interest was piqued. Weary of flipping through the 500-plus channels we already receive and rarely finding anything suitable for my viewing pleasure, it was only logical that I still craved more channel options. (I know what you’re thinking and I really do have a life.)

The woman who answered my call confirmed, that yes, I did qualify for the free receiver upgrade. So far, so good. She spoke with a decidedly Southern accent and when she talked slowly I had no problem understanding her. But, as the conversation progressed, it became more difficult.

Now, to get Receiver A, it will only be $3 extra added to your monthly bill.
But, I want the free one…
Oh, well we can offer you Receiver B then. We’ll waive the $400 fee.
Will I be able to receive all the additional channels on that one?
You sure will. Now, I see that you are currently on our promotional blah blah channel offer, for only $13.99 more a month I can offer you the blah blah offer.

No, I responded rapidly. I could see she was desperately trying to sell me more services. This was becoming nerve-wracking. She was talking faster and I strained to listen.

We can also offer you the something something, so you can watch TV in other rooms in your house.
We only own one TV, I quickly countered. Were we abnormal? I worried. I frantically made myself picture the layout of our entire house. Where should I start? Did we need one in our tiny, bathtubless bathroom?

Alright, she said sweetly. Then we’ll send you Receiver B and waive the $200 fee. Had it gone down $200 in value since we’d been on the phone? I wondered.

Now, when you receive this, you’ll need to mail back your receiver in the postage-paid box. If we don’t receive this you’ll be charged a huge fortune . . . I added that last part. I’d already been through the nightmare of mailing back cable equipment. It was only last summer when I had foolishly thrown away the official mailing box, and had the audacity to use my own box. Luckily, I had kept the receipt from the UPS store which came in handy when I had to fight with the various collection agencies that proceeded to hound me.

Yes, I’m aware of this procedure. I forced my mind to return and focus on her southern drawl.

Good. We’ll mail you the new receiver and you need to commit to a 2-year contract with us. Just
24 months. If you do decide to cancel service before then, you will be charged a fee of $20 per month for the remaining months.

This information stopped me in my tracks and my mind began to spin. Would I be alive and healthy enough to watch TV in two years? What if we moved out of state? Out of the country? What if intergalactic travel was available in a couple of years? This was a serious commitment. Much longer than relationships with past boyfriends. But I had come this far, and besides visions of all those additional channels on the menu danced in my mind like sugar plum fairies.

Ok, that’s fine, I muttered. But it really wasn’t. Darn. I had run the gauntlet and done so well up until now . . . She transferred our call to another person who recited some legal mumbo-jumbo in his robotic monotone. I agreed to something or other and said goodbye.

When I informed my husband, who, when located, was preoccupied with channel surfing all he said was, “I wouldn’t have agreed to that 2-year contract.” I obsessed about my decision the rest of the night.

This is it! The apex of humankind: all the channels that you would ever want to stare at, knowing that all that time spent looking into the colorful HD void, nothing looks back at you. – Tyler Malone

Diane lives in Colorado with her husband and various feathered friends. She enjoys long walks in the rain. Not really.