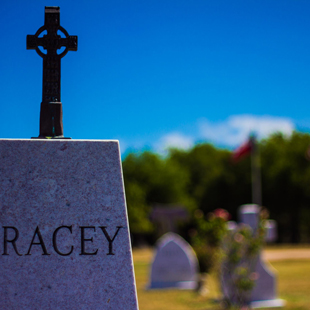 The funeral was big.

He could not solve it.

The person next to him told him to shush. Cooder slouched into his chair and scowled. He slouched so low. He was being swallowed by the chair.

His ass was too big to be swallowed entire.

The commotion in the church, it died down. Can you call the people in a funeral an audience?

He sat up in his chair. His shoes were patent. A woman behind him laughed and said the gentleman in front looked cheap.

Cooder released a clap of wind from his asshole.

“Mister, you sure got a big head,” said Cooder.

“Wouldn’t mind moving it? Got a bad view back here,” said Cooder.

The gentleman with the big head turned around again without replying. But he did say something to the woman next to him. She was old and smelled of death. She had whiskers around her mouth. Cooder leant back and thought of hurting them later in the day, or maybe later in the year.

Music started playing. It was ceremonial. And there was singing. Smooth young men singing castrato.

Did they castrate boys anymore, thought Cooder. He thought of the Alessandro Moreschi recordings and how the voice was unsure and frightened of the future.

Imagine how many napkins you’d need to stop that bleeding.

Imagine how much blood you lose when a cyst is removed. Imagine a vaginal polyp on a napkin. Cooder sees the polyp on the cake in his mind and it looks like a cherry without the cake.

The church was beautiful. The audience was flanked by images reminding them of their terrible upbringing.

Life was the worst lesson at school, Cooder thought.

He saw a caramel Jesus on a cross. He couldn’t decide whether Jesus was crying or laughing.

He saw a painting of Jesus. Jesus was dead and blue. If he rots, we all rot. Cooder was interested in the decaying process in medieval art. He was also interested in the use of circles and semi-circles in Russian iconography.

And before he knew it, it was over and the coffin was being carried out of the church.

Everybody followed the coffin to the car.

People got in cars and drove to the cemetery. Cooder hitched a ride with the man who shushed him.

They asked Cooder how he knew the man in the coffin.

Cooder said it was complicated. He withdrew from the people. He vanished into the corner of the car.

The car went silent. Outside, the sky was being the sky.

Nothing. Cooder liked nothing.

Cooder got the puzzle out again. He smirked.

He just couldn’t figure it out. The puzzle was shaped like a cube. It might have been from China.

So when the car pulled up to the cemetery, Cooder got out and followed everybody to the coffin.

Funny how the coffin got here before us, Cooder thought. If you were going to be put in a hole the rest of your life, wouldn’t you try and delay it?

Maybe swing by a drive-thru first.

Maybe get a burger and fries first. Cooder challenged the coffin:

Then do a line of coke. Cooder challenged the coffin:

Then get in the hole.

The coffin was being lowered into the hole.

Somebody asked Cooder how he could be so heartless. Cooder was too busy fixing the puzzle.

He couldn’t finish this puzzle. He started to sweat. He saw some family members look at him.

He saw mom and his sister. They looked like witches. His mom looked a bit like a panda.

He couldn’t see the man’s face in his mind anymore. He tried drawing it with his mind’s pencil. It came out as a crude doodle. How a child sees God. A pink hand with line fingers. Hair like fire. A white robe.

Cooder couldn’t finish the puzzle. He tilted it every way he could, but it was impossible.

Cooder sighed. He saw his breath and tried to catch it.

He threw the puzzle in the hole. People gasped but did not argue with this gesture. They knew Cooder. They knew what had happened.

The next time you wonder what’s going on all around you, don’t look up and expect answers to speak down to you from high in the sky. Doodle it out, from the deepest darkness. All the lines will turn into something that might not be an answer, but it could be a meaning. – Tyler Malone