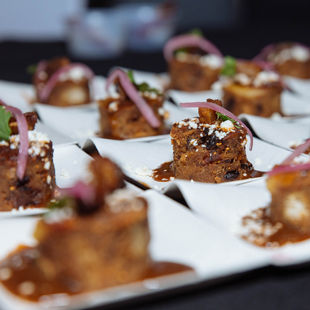 One day I sat with Natasha near her house, eating cakes. Her parents hated me. They thought that I was a useless scum. Even her Father, a pathetic drunk, despised me. But Natasha sorta loved me and sometimes brought some food from home. Even booze, on occasion. She was a kind girl.

Just the day before we had got shitfaced drunk. After we had finished two bottles of vodka at my place, we decided to go somewhere. I don’t remember exactly where and it is not very important. Maybe to Van Gogh, who had invited us to visit him last weekend. When we went out it was already getting dark. When drunk, Natasha rushes straight forward like a tank, and does not see anything in front of her. And there on the corner, near a bus stop, a Mercedes, was making a U-turn, and the girl crashed right into it. Natasha fell down. I began to lift her, but she collapsed on me… Eventually we sobered up a bit and began to laugh like two idiots, sitting on the ground.

But this is not very important, either. The most interesting things are to come. We sat on the bench, eating those goddamned cakes and thinking about finding a drink. We were absolutely broke. No money at all.

And then we saw two people, a drunken guy and a tipsy girl. On the street, the fella asks if we would treat him to some cake. Yes, of course, no problem, I say, here you are. The guy is much obliged. He calls me a great man and invites me and Natasha to his place.

It turned out that they were profiteers and traders, Max and Svetka; the two rented a room in a block-of-flats on the second floor. Inside there are three bottles of vodka on the table and some stuff to eat—decent food, actually: salami, chicken legs, and even fruit salad… I do not remember exactly what else. It’s not important.

We sat down at the table in the kitchen. In the room there were no furniture at all except for a single mattress on the floor and an old stereo. We did not listen to music, though. We started to drink booze right away one glass after another as if in a hurry. All four of us chatted about something, as if had known each other for a long time. Laughed a lot, too, like fucking idiots.

Max was the first to pass out. He began shouting something unintelligible and flapping his hands like they were wings, then ran off into the bedroom and fell right down on the mattress and was still.

Shortly after this, Natasha followed suit. She passed out at the table. Svetka and I dragged her to where Max was on the floor.

Svetka and I sat in the kitchen, drank vodka, talked and laughed. Svetka knew a lot of bawdy jokes. We laughed a lot. Suddenly her face darkened. She took a large knife from out the table drawer and said to me: “If you’re a man, stab Max. I hate the fat animal. He spoiled all my life. I’ve poisoned him several times already, but it did not work yet. Kill the motherfucker, I beg of you.”

I wasn’t, thank God, that drunk at that moment, though we drank much. Quickly figured out the consequences. Okay, I slay the boar. Then fuck this slut. And then what?
“And then,” she tells me, “we’ll go with you to Van Gogh.”
“Do you know him?” I am surprised.
“Of course. I am his godmother.”
“We’d better go to him right now, and then we’ll deal with Max.”
“Well, okay,” agrees Svetka.

She dresses, takes the knife with her, and we go out into the the night, which is already pretty and cold. To keep warm Svetka buys a bottle of counterfeit vodka in a stall and we drink it in the bushes. Svetka instantly begins to carry on like crazy. She sucks me off on her knees and then hugs me real tight. I see her open scarlet mouth as well as her mad blue eyes and get very excited. We throw eachother down in the mud and fuck good and proper.

We had to take a cab to get to the distant neighbourhood where Van Gogh lived, but Svetka had a lot of dough on her. We arrived and went up to the seventh floor. Began to knock on the door. After the knocks echoes, the the silence was deep and complete until Van Gogh’s mum asks in a low voice from behind the door, “Who the fuck is there in the dead of the fucking night?”
“Open up, fucker!” Svetka yells and pulls out the knife.
She Whispers to me, “Now, I’ll stab the bitch.”

Van Gogh’s mother was a smart woman. She knew her son’s pals very well. She shouted behind the closed door that she would call cops right away, if we didn’t fuck off that very moment. So, we had to fuck away before it was too late, running down the street with a knife and a bottle. When we returned to the flat, Max was already stirring and moaning. Natasha was muttering in her sleep. She was probably strangling someone in a dream. Svetka all of a sudden began to laugh wildly, I followed like an idiot. What a fucking life.

Cakes, knives, and vodka. These are the things men live to die for, all because some women have long ago fallen in love with different ways to die. – Tyler Malone