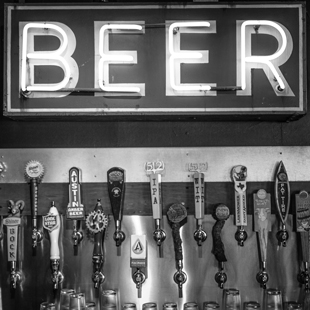 Kevin finished reading aloud from the dog-eared book of quotations on the table in front of him, and took a mouthful from his pint of bitter. He looked across at his drinking partner Ron, who as so often seemed lost for words. After a few moments’ silence Kevin continued:

“That’s what makes us different from animals, Ron,” said Kevin, as ever formulating his opinion as an incontrovertible fact.

“What’s that then, Kevin? Money? Animals don’t have money, do they?”asked Ron, his inability to follow Kevin’s line of thought (or anyone else’s for that matter) Kevin found both amusing and irritating by turns.

“No, you daft apeth, not money! Reputation! And conscience! We humans worry about our reputation and we have a conscience. That’s what animals lack, so without a conscience we too would be bestial, as the great Bard says.”

“But animals don’t have money, do they? And they don’t have all sorts of other things that we have, like indoor toilets and, and…” Ron seemed to struggle for other examples, before blurting out, “and toilet paper!”

“No, no, no, Ron, you see, you’re getting it all wrong. Those things are just physical manifestations of what it means to be human.”

“Oh, manifestations, right,” interjected Ron, who thought he had heard the word before but thought it had something to do with insects.

“Yeah, so what I and the Bard are talking about is something that’s not physical, it’s sort of mental, or even spiritual.”

“Spiritual, right,” murmured Ron, who was afraid Kevin would eventually get around to talking about religion.

“Yeah, so what separates us from the animals, what stops us being bestial as the Bard says, is the fact that we have a conscience.”

Ron began to grin in his typically inane way.

“Bestial. I thought that had something to do with those—”

Kevin cut him off before he could finish. “No, no. Blimey, Ron, you always need to lower the dialogue, don’t you?” He rolled his eyes in frustration.

“Well, I just thought, that’s all,” replied Ron, covering his mouth to suppress a laugh.

“Yeah, well, leave the thinking to me, all right?” said Kevin, staring hard at his friend of twenty- years. He wondered for a second why he devoted so much effort to educating Ron in the mysteries of the world, but the second passed, and he continued his theme.

“You see, we know what’s right and what’s wrong, we know good from evil, whereas animals don’t.”

“Right, but how do we know they don’t know?” asked Ron, draining the last drop from his pint of bitter.

“Well, take your average dog. It just does what it’s told to do. It doesn’t have the brain capacity to work out good from evil, or stuff like that, so it just learns to obey.”

“I dunno about other dogs, but my Aunt Winnie says her dog is an evil bitch, always peeing on the carpet, it is!”

“Look, Ron, the thing is, animals do what their instincts tell them to do. Some of their behavior is learned, but most of is just instinctive.

Take Dusty over there.” Kevin pointed to the pub owner Ian’s German shepherd sitting placidly next to the bar.

“Dusty knows us as mates of her master Ian, so if we go up to the bar to order another drink, she doesn’t even stir. But if a stranger comes into the pub, Dusty gets to her feet and ready to pounce in case of danger. That’s just instinct combined with training.”

“Right,” agreed Ron, “so really Dusty is like a soldier. Follows orders, protects her master, without thinking about what’s right and what’s wrong.”

Kevin was reduced to silence. Ron had the annoying habit of coming up with insights that in Kevin’s opinion he shouldn’t be capable of.

“So I guess that means that soldiers are bestial.” Ron paused for a moment, then continued: “I wouldn’t be surprised if it was a soldier who killed Shakespeare, upset by being told he was like an animal.”

Kevin remained speechless, his mouth open but no words emerging.

“Another round?” asked Ron.

Some people try to pretend they’re Iago, some make pretty like they’re Desdemona; but really, we’re all dogs, following orders and trained by what we think is good and god. If that doesn’t make you want a cup of something strong to drink until someone else figures all this out, I don’t know what will. – Tyler Malone

"I am a retired foreign service officer now living in Maine. Since September 2012 I have been spending part of most weekdays writing short stories, ranging in length from a few hundred words to about 2500. My regime is that each morning my wife writes down a word, which is then the title for the story. I find it keeps my grey cells active."

One of my longer pieces, "The Bow-Tie", was recently published at BewilderingStories.com.