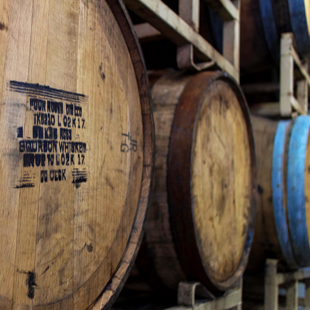 On paper, everything had been done more or less correctly. Married her college boyfriend, they both had good jobs, their son, albeit skinny and spotted, was doing well in school. Money in the bank. Equity.

It was their thirtieth wedding anniversary and it was the year they were supposed to open the wine they bought on their honeymoon and saved for this occasion. It was a Spanish wine they had bought in Andalucia. While the memories of their Spanish romp were foggy, she remembered walls were all colorfully tiled. The staircase was narrow. In the cafe, they sold wine wholesale and she got the idea to purchase a bottle for this day. They didn’t declare it at customs, a small act of defiance.

A little bit of Spanish magic trailed after them like a cloud of perfume and fading guitar chords, but it slowly dissipated into the smog that Palatine borrowed from Chicago and then came taxes, bank statements, loan officers, Escrow, mortgages, hospital bills, maternity leave, PTA meetings, insurance, car payments, thank-you cards, business trips, carpools and self help books until it came down to her purchasing asparagus and lamb at Whole Foods and carrying them home in her string bag, her blue scarf lackadaisically draped around her neck, climbing the stairs of their duplex with the light shining through the window indicating he was home.

She still found him handsome. Salt-and-pepper hair suited him, made him the sort of man children would want to call Sir. True, they didn’t have sex as often these days, but that is to be expected. Their affections had waned but not weakened. Most couples go through worse.

The wine was on the table. (He had remembered!) Pleasant conversation between the two of them took little effort as they grilled and chopped. Unceremoniously he uncorked the wine and poured two glasses through the aerator. She was nervous when they toasted, for the act seemed to lack the metaphor she wanted.

She looked up with a nose wrinkled in distaste and caught his eye, he obviously tasted it, the corners of his mouth pulled back disapprovingly, and her stomach twisted and just as her heart began to collapse that their wedding wine had gone bad his eyes wrinkled and he laughed. He poured his wine into the sink. He led her down the hallway and into the bedroom.

She began stammering, not sure what to do with the glass in her hand, and he told her it was Murphy’s Law, it was funny, and she should come to bed. Her mouth quivered and she tried to laugh away a sudden threat of tears in the back of her throat. She would celebrate this night with her husband, then wrap the leftovers for dinner tomorrow and empty the bottle of wine into the kitchen sink.

Corina was published once before, in a local literary magazine called Mindbringer which consists of several pieces of folded printer paper that she originally found on the floor of the bar. Most days she’s at the optometry clinic selling glasses and air puffing the patients. She is the blogger at Generation Handmaid and is also writing a novel.