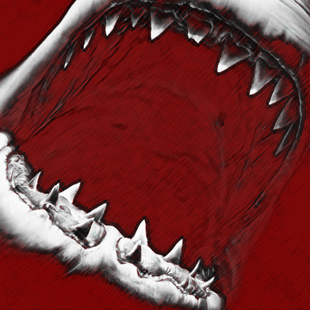 But no one can know where he is if we do not ask. We came into it, blankly, without question and there is no way we would get answers. So, we didn’t ask.

The ship came and we boarded on while some showed hesitation and some did not. “What is your plan?” he asked.

“To get stinking drunk” I replied. He gave no reply and I did not search for one. The ship was crowded and the people were loud, very loud, I could hear guts rumbling, an extreme bowel movements, sighing, yawning. We were all too close.

Then, during the night on the ocean, we saw a bright light ahead of the ship, no shape, no sound, just waves and intense light that blinded us for the duration. Now, the yawning, sighing and bowel movements turned into gasps, jaws dropping and wide eyes. I stood still, for a minute, until I began flailing my arms and shouting, “We have awoken the presence and now we are in plain sight of too many lords!” It was true, you see. Do you see? The light swallowed them whole when the tip of the ship reached the light. I remained and I do not know why.

Before I knew it, I was submerged in water and I could feel the fish swim through my legs and hard rocks at my feet were reminding me of seashores. I was still, very confused and at loss. My friendly ship buddies took a dive and I was nowhere. I really liked that ship. Big 18 they called it.

I was in front of a light quite like the one ahead of the ship. Instead, this one was less bright and it came from everywhere. To explain the situation, teeth came toward me. Rows of teeth, white, clenched and occasionally biting. They want answers for what I don’t know. They say I know, I guess I do. At the same time, I don’t. What do I tell formally dressed men who speak like formally dressed men? Especially when they poke paper work at me, revealing my eight year career at Terry’s Taco stand just outside of Arizona. It’s embarrassing.

How do I explain my circumstances? There is no explaining, only rambling. My words fly in my own ear and out the other. The ship is gone. The people are gone. I am the only survivor, the last man standing. Surely I must have seen something. If I tell anything, I’m gone. In a madhouse with the looneys and the legal looneys.

The mad ones are the sane ones! We see that, don’t you? We know you do, don’t worry. Because if you didn’t see it all coming, you’re not mad, and that’s your own fault. – Tyler Malone

I've had this joy of writing and urge to write for quite sometime. Born and raised in Scotland, I've managed to find a lot of my inspiration from this country to write about but I'd imagine it's all came from my perspective. I try to make writing as casual for me as possible but I never seem to quite fit into anything productive or anything at all for that matter. I could be sitting in a position on a chair and then I come to think, "I can't quite fit into this style of sitting, perhaps I should sit another way" and I start to realize that I'm a complete replica of everything around me and I start to go on this crazed mental journey to find my own persona, which sometimes can be retrieved momentarily but most often it's not. I write short stories, poetry and prose and hope to one day, in the future, whether old or young, to have either a book of short stories, poems or a novel published. If you wish to continue following my writing, my blog is here.