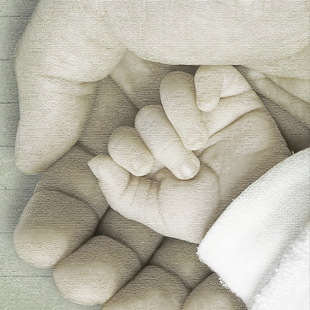 “Why did we separate?” my son Theo asks. He’s seven years old.

“We’re not separated now, right? I’m with you tonight,” I say. “’Today is Monday and l will see you Wednesday, and Friday too.”

We’re drawing; we always talk when we draw. I can never get him to talk if I just ask him questions directly. I bought us each a drawing pad. I want him to do his own drawings. He often looks at my drawing and wants to draw in my book. But then I start drawing in his pad. If he likes what I’ve done, he’ll take over and make his own drawing. Beginning is hard.

“Where’s your father?” he asks.

“What was your dad like?” He’s coloring a picture now. It’s a multi-colored house with a winding pathway in the back that leads to a patch of hills. There’s a sign on the house that says “Teddy and Papa’s Candyhouse”.

“He was tall—tall with a deep voice.”

“Not really. I look more like my mother.” I inherited the Sicilian genes: short and squat, like I was born to hammer stone. My father was a tall Neapolitan with a proud Neapolitan nose.

“How old was he when he died?”

“How old were you when he died?”

“I was about 26.” His eyes look off to the side; he’s calculating how much time I have left.

“Did your dad draw?”

“Yes, he did. I’ll show you the drawings; I can bring them from grandma’s house.”

“Did you draw with him?”

My father would draw superheroes for me and my brother. He’d start before we went to bed; I remember the smell of the marker ink. I tell my son that my father could draw from comic books, or from pictures in the newspaper.

“No. I draw less realistically.”

“I’ve really never tried. I like the way I draw.”

I ask him, “Do you like when we draw together?

“It’s fun. I like how you draw and we get to tell jokes to each other. I want to draw as well as you someday.”

I tell him that you can’t make a mistake when you draw; it’s all for play.

“Do you have fun?” he asks, not looking up from his drawing. He’s concentrating on making a circle.

“Yes,” I tell him. “I love drawing with you.” We’re still reeling from the separation and pending divorce. I am shaken from everything. I never imagined that I would love being a father so much.

Weeks later, I get my father’s drawing pads from my mother’s house. They were up in a closet, packed in a plastic storage bag. I haven’t seen them in years. There are caricatures of famous actors, sports figures and musicians: Dean Martin, Lauren Bacall, David Niven, Fran Tarkington. My son is stunned.

“Your dad did these?”

I try to copy the picture of Lauren Becall. The detailed are very delicate and precise. What looks like a few easy brush strokes prove to be deceptively difficult. The green color of her shawl matches the red of her lips. These are remarkable drawings.

“Why didn’t your father draw for a living?”

“I don’t know. He probably didn’t know he could.”

“Would you work in drawing if you could draw like this?”

“Yes.” I think of all of the things I love to do: write, play music, draw. Yet, I too work in computers.

“Did you draw and play sports with your dad like we do?”

“Listened to music, watched movies together, and watched some football too.”

“So you did stuff with him like we do.”

“Were you ever separated from your dad?”

“Only briefly; he left for a few weeks.”

“But you got back together?”

“You were lucky then.”

“Yes, but we separated.”

We all know the great divorce. All know the pain of King Solomon dicing off what means the most to us: our other half. Somehow, though, we go on living, only incomplete. – Tyler Malone