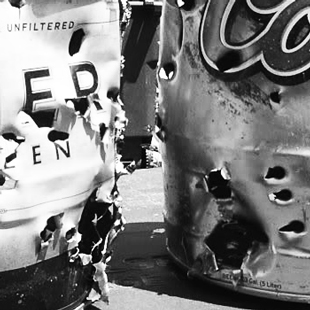 Millie and I bunkered down against the cold months in Rappahannock County by sitting near the fireplace and reading books aloud to one another while watching old black and white films.

I had never felt peace like that before or since. I grew up in a household with an abusive father and an overbearing mother. My sisters were loud and my surroundings were ugly. We had no pets and when we welcomed in strays they usually died or ran away within a few weeks of living with us.

I realized at an early age I was being taught the wrong things so deeply ingrained was this belief that I disregarded everything my parents wanted for me. Faith. Servitude. Intolerance to others.

My father wanted me to grow up to be a man. He was a hunter, and I hated it. All through my childhood I refused to hold a gun. The only time I held a gun was when I was shooting cans in the backyard of our house in Rappahannock County with Roscoe, my girlfriend Millie’s brother.

Roscoe was a few years older than Millie and a few years younger than me. We would get drunk together often and shoot cans in the backyard; that’s all I wanted to do. I didn’t want to go hunting and kill anything that had a soul. In those long talks in the backyard bullshitting about women or about some article he had read in New Scientist or ridiculing the latest horseshit that came out a Republicans’ mouth. I never had a brother, but I felt Roscoe was kin.

When it started to snow we moved inside to the warmth of the house and talked some more. It did not take long for Millie and Roscoe to start arguing was there a moral obligation to be a vegetarian?

Millie is a vegan and Roscoe a carnivore. I would listen to these conversations with a beer in my hand and so happy but at the same time I would feel depressed and cheated that in my childhood this type of free speech was frowned upon: usually, when I tried to speak my mind, my father would threaten to beat me up. He usually did until I shut my mouth. I became insular and read a lot of literature and poems and spent most of the time in my room until I was called in for dinner and afterward I would go back to my room and read some more.

My father died a short time later and it wasn’t until years later that I was thinking of him because the only other time I saw a dead body other than his, was the time I was in San Francisco with Millie. We were staying on Geary St, at the Hotel California (No shit, there really is a place called Hotel California!) it’s a Best Western and it has an award winning Vegan restaurant downstairs. She did not want to stay anywhere with such a tacky name. I was the opposite I wanted to stay there because of the name.

One day we were in City Lights Bookstore and after I bought a bunch of books by Jack Kerouac we left to get a bite to eat and a few beers. It was cold out and windy. Millie and I were walking side-by-side and holding hands head downs burrowing our way through the streets to our hotel, when I stopped and saw a man near the stoop of a building his body was twisted awkwardly in a position that didn’t seem possible and his face was blue. I said to Millie that I thought that guy was dead and maybe we should call someone, she shook her head and told me to keep walking and that he was just a bum that was sleeping it off and he would be okay. She knew as well as I did that he was dead. Neither of us felt like food then so we walked back to the hotel in silence.

In our room she went and had a hot shower. She was in there a very long time. I sat there drinking a beer looking out onto Geary St. listening to the ambulance sirens and thinking about that dead guy lying on the street like a piece of meat, nobody giving a shit if he lived or died.

Then it dawned on me. We will all die like that guy cold and alone in our own San Francisco street while passers by keep walking because the reality of the situation is too much for them to comprehend.

Even now years later when Millie has been gone for some time, all I have to do is close my eyes and I am back living with her in Rappahannock County. I imagine we have three dogs and many cats. I tend to bees in the warmer months and when they hibernate I hope they survive after the winter frost. We have two children, a boy and a girl and they are bright and curious and they love one another.

In another flake of space and time, I’m sure they exist. I hope to meet them someday. They are waiting for me to get my act together so they can be born. Until then they have to settle for being characters in a story.

Lives lived on paper, what’s what most writers want to live out. All that’s been, all that will ever be, is all insignificant to what’s been put on paper: the heaven that flourishes on paper, in a place, full of people, that doesn’t exist. – Tyler Malone