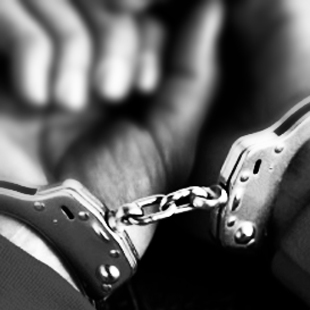 Sean and Rose met in an online chat room. He proposed after their second in-person date, and she said yes. They honeymooned in Bali, and it was the most romantic setting either one had ever seen. One evening they watched the sunset at Tanah Lot Temple. After dark had fallen, they were entertained by the “Monkey Dance” performance with seventy men dancing in a semi-circle around a bonfire. The only music to accompany the dancers was the beats of their palms hitting their chests and other parts of their body, accompanied by chants and shouts. Sean showed an overwhelming curiosity at the hypnotic performance, as if he was under a spell.

At thirty-seven, he had a successful career in the hotel industry, the Housekeeper of a four star hotel, but he was inexperienced when it came to pleasing a woman. He had never even dated before he met Rose. He loved her very much and wanted everything to be perfect for her.

Sean sat on his bed, his eyes closed, and his lips were moving silently. Rose smiled, knowing he was deep in prayer again. He believed the ritual; these voices of love as he called it, would deepen their emotional connection in their art of physical intimacy.

“Om-Am-Hum,” he commenced. He lit incense sticks in the corner of the room.

She lay with her legs spread and ready for him. At forty, she was not bad looking. Marie confessed her first sexual experience was at twelve. She wore his favorite lingerie, a skimpy black half-bra that displayed her breasts and matching lace garters black stockings. No man treated her like he did. He was always polite, always a gentleman. She was surprisingly swept away with passion under his rhythmic, sensual kisses as he pleasured her slowly.

On other occasions, Sean became unrecognizable and frenzied. He would push her onto the bed and tore at her undergarments, greedily fondling her breasts like a starved animal that she was too afraid to look at. Then he would moan, kissing her lips with uncontrollable madness, almost biting her.

He whispered, “It’s all right, Rosie.” Then his voice softened and turned apologetic. His face relaxed. She did not care about anything as long as Sean was happy.

“Thank you,” he whispered after their first time, when Marie converted him to a lover.

“For what?” she asked with a harsh laugh, lighting a cigarette. She sucked hard and blew out a long column of white smoke.

“For… for being good teacher.”

Two months later Sean met up with his friend Eoin at the pub. Eoin ordered a beer and cheerily greeted his mate.

Sean didn’t answer right away, standing absolutely still next to the bar. He sipped his Guinness and stared stubbornly at the glass. There was a long silence.

Eoin got the impression Sean had not been sleeping well. “Don’t tell me you got the sack!” He laughed, trying to lighten the mood.

Sean finally looked at him and said, “I did it for Rose…” His voice low, forcing the words past the lump in his throat. Then he gripped Eoin’s arm. “I had to protect Rose, I love her very much. I must admit, I have broadened my experience and Rose was very happy lately.” He gave a sad laugh and rubbed his unshaven chin while shifting uncomfortably from one foot to the other.

Eoin didn’t say anything. He wasn’t even sure what Sean meant.

Then Sean’s voice dropped. “I had no choice.” Shaking his head, he described the event that took place two days ago, swearing over and over that it was not meant to happen. “There was no other way. I don’t want to risk Rose for anything. And she… I refuse to give in to that woman’s blackmail! That gobshite slapper, but… Ah, it’s too bad,” he lamented.

Eoin watched with stunned eyes until he finished his story. He stiffened in disbelief: “Fuck, Sean,” he said, putting his hands to his face.

Then, for a long time, Eoin didn’t speak, just drumming his fingers against the beer glass. Then he looked Sean hard in the eye, “God, Sean, you have to do the right thing.” He reached for a cigarette and put it to his trembling lips. “You have to,” he said, shakily trying to strike a match.

That night, the police took Sean away, his face dirty and tired, with dark circles under his eyes. In silent fascination he gazed at Rose.

Next to him, as he was handcuffed, Rose asked, “Why, Sean?” Her face was pale and her eyes were swollen. She held her gaze with the man who had deceived her.

Sean wished he could tell her the reason but that would make him half a man. His pride would never allow him to reveal it, and he was determined to carry his secret intact; a fantasy he invented in the silence of his other world. He regretted that he had to leave her with a broken heart. His lips moved silently, ignoring the hard stares from neighbors. Many had gathered at the front gate, whispering to each other.

He looked at her eyes. “Rose…” he said softly. He was fighting to hold back tears. I can’t cry, he thought, I won’t cry.

I am sorry Rose. I want to crush you in my arms once more and show you how much I really love you. I want you to know that I did it for you, my love.

Eoin stood in the crowd as Rose was taken out in a body bag and planned her proper burial.

When we love what we love as hard as we know we love it, what happens when we can’t let go? Love has limits, and they begin when the object of your affection begins to act very human, and speaks the word, “Stop!” – Tyler Malone

She is published in several anthologies, journals, and press and e-zines globally. Amy and her work have featured on radio and television in Australia, Canada, Italy and Ireland. Her poems have been translated into Italian, Turkish, German, Romanian, Malay, Irish and Persian.

Amy has read at Festivals and Literary events in Ireland and abroad.

She is a recipient of the Westmeath County Council Bursary, 2017.