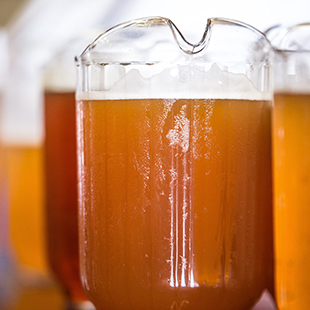 I was hungover and alone on a Thursday morning in a Las Vegas hotel room and decided to go to a cage fighting gym and do some training. I took a taxi to 4055 West Sunset Road. The gym was full of guys I’d been watching on pay per view and dodgy pirated DVDs.

I looked at the schedule and signed up for a grappling class. Truth is my wrestling is terrible, though my jiu jitsu is okay.

I was immediately paired with Peter, a nineteen year old from Denver that trained at this gym every day and wanted to get into the U.F.C. Shit, didn’t they know I was a thirty-one-year-old poet! I honestly hadn’t even trained properly since my jiu jitsu coach returned to Brazil two years earlier. And even without the hangover, I was way out of shape.

I was immediately taken down. Then was the victim of several successful submissions. I had no energy. My body felt like a parched empty desert. This was not good.

I had absolutely nothing in me. This was terrible. Here I was in another country giving up without even a fight. I had nothing in me that’s for sure—the hangover was ridiculous. I had to do something, though. At that moment I felt a sudden burst of energy. I mustered everything inside me for one attack. I swept him and worked my way into full mount. I went for an Americana. It was good. The round buzzer sounded and I had to let go. A big smile formed on Peter’s face.

I was then greeted by Dan, a twenty-year-old from Ohio who looked like he was raised in a gym. Same story: immediately on my back. Only this time the left side of my body was trapped against the cage and I was caught in an arm-triangle. I just laid there as he worked at it. It was more of a neck-crank, really: it was uncomfortable, but I wasn’t going to sleep from it. There was no way I would be tapping from this submission attempt. I had no energy left whatsoever to escape. Not even a cheer from Dostoevsky himself could have inspired another attack from me. I was pretty much stuck in the position. Dan hung on to it for what must have been four minutes.

After that we all sat in a circle and talked. I got the inside scoop on Forrest Griffins chances against Anderson Silva. All the time watching Vitor Belfort hit pads held by Ray Sefo. I could feel my muscles stiffening and bruises forming all over. Though the Las Vegas sun now shined like a grand diamond and I had completely forgotten about the hangover and loneliness and was in the company of a few of my heroes. Tomorrow I’d have difficulty moving. Nothing’s free, I guess.

What’s missing about most people? They don’t know the taste of ink or blood. Poets know both. – Tyler Malone

A bit about Brenton: Brenton Booth lives in Sydney, Australia. Writing of his has appeared in many publications including Chiron Review, Mas Tequila, Review, 3:AM Magazine, Tree Killer Ink, Modern Drunkard, etc.