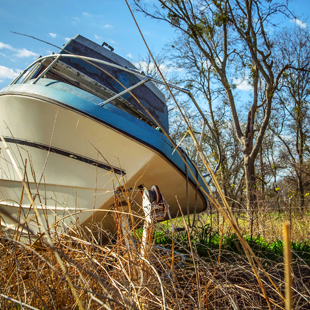 Dave and I sat outside the coffee shop on 6th Street, the one with the crazy Russian Barista who told stories, mostly with an insane and violent bent. The coffeehouse was the place for the dregs, the crazy and the downtrodden, sipping small coffees in between screams, fearful ranting and meth-induced rocking. I knew Dave through Gonzalez, John Gonzalez to be exact. I’d see him at the dark condo that overlooked the harbor. Now, I was on the computer and he was sitting in the corner, waiting for John’s instructions.

The story: years ago John was paralyzed in a surfing accident off Cabrillo Beach. Dave, a random onlooker, had saved his life and they became lifelong friends. He was John’s driver in the family van; chauffeuring him around the harbor city. Dave was a very friendly man with a passive, non-threatening demeanor, but his eyes showed something deeper, scars that only the world can give. He had seen things.

I often saw him in the parking lot of the AA meeting hall, weaving his way in and out of the recovering hordes on 20th Street. He would be standing amongst them, six-foot-three frame rising above the rest, his reddened eyes peering out from deep inside his blotchy face. The peaceful drunk would greet me with a smile and a handshake. We would exchange trivial banter and go our separate ways.

On this night I don’t know how the conversation arose or who spoke the initial words, but we started to talk about the sea. I think I asked Dave what he did for a living, when he actually did something. He said he worked on the sea as a fisherman. I was amazed. All my time in town and I had never known a sailor or seaman. Popeye was the only seaman I recalled being out in the high water and I never actually saw him on a boat. My buddy Dubs once told me his Grandfather Ollie Olsen was the actual inspiration for the cartoon character. I was buddy with the great-grandson of Popeye.

We occupied a small table outside the shop. Dave sat back, relaxed, in his usual, friendly place. The night was cool and 6th Street was empty, as always, I asked Dave about his job as a catcher of fish. He sat back and reflected for a few seconds, then leaned forward and his thin, purplish mouth started to move.

He told me about the boat itself, how the deck was far above the waterline. A man could get seriously injured if he fell over the side. It was very rare when they could pull an unfortunate soul back on deck at night, during rough seas.

One rule, he said, was the crew had to settle all personal issues before they went out to sea. There couldn’t be any ill feeling or rivalry. All beefs had to be smashed before one stepped on deck. I asked him why. He said because they were at sea for a while and anything could happen. You had to play nice. Someone could “do you” and leave you for fish bait. One push overboard and you were just a memory to the few back on land that knew of you. So, before you jumped aboard, you had to make good vibes with all.

The second rule was never to let anyone who was not a crewmember board your ship. Ever. That was the law of the ocean. No one boards another’s ship with the exception of the Coast Guard. He said that, realistically, there were no laws on the sea. It was every man and every boat for themselves. Robbing, killing and piracy were a reality once you hit the deeper waters, far from land, where there was no one to help. He said they always carried shotguns aboard the boat.

Dave changed the topic from the felonious to the festive and my friend’s eyes lit up as he talked about the cocaine and drinking aboard ship. He said there was a party every night. It was one giant, sea-going party. Although, cocaine with no women made me wonder: why waste a good hook-up buzz on a boatload of dudes? I would save my judgments and questions for another time. I pictured Dave in the galley, doing lines off a small, worn Formica tabletop and pulling fishing lines up at a frantic pace. Staying up for days, catching fish, crabs and vices: the lore of the sea.

Dave eyes danced with the recall as he told his tale. I could tell the love was returning—the lust for the water was rushing through his veins. His pupils exploded with joy as his mouth frothed.

He stopped, paused and returned to the present, as he leaned back and scanned the night sky. He mentioned being at sea when a storm hit. He said they tied themselves to their bunks and laughed. Laughed like mad men. They knew their lives were done. He said there was no way, he thought then, that they were leaving the boat. The vessel would sink and he would be lying on the bottom with the clams and the coral.

I pictured Dave, all six-foot-three, skinny framed, lying in the top bunk, giggling as his eyes screamed fear, squawking desperate prayers to the Lord of the Ocean, begging Neptune to spare them from a wet death. Yes, they survived to fish again and their tell stories of sea madness and addiction.

Dave’s thousand league stare fixed far into the distance, peering into the nighttime sky and listening to the ocean sing its captivating, violent song. I left Dave that night as he went his way and I went mine, off into the harbor city night.

Weather and other natural monsters can drive you mad — madder than what’s unnatural: politics, robot attacks, dancefloors and bad cocktails. All you need to know is this, though: a smooth sea never made a calm sailor. – Tyler Malone

My name is David Michael Joseph. I'm an Author, poet, and filmmaker from New Jersey, now living in Los Angeles. I have a passion for story telling and poetry and often infuse the two into my filmmaking. I have made four short films including Shadows of Sepulveda and C.A.k.E., which have made the festival circuit.

I am an author of the novel Exodus from the River Town published by Shook Up publishing. My other works have been published in: Amulet, The Ultimate Writer, Conceit Magazine, Danse Macabre du Jour, Threshold Revelations Issue 21 and The Malaysian Poetic Chronicles, The Other Herald, The Blinking Cursor, Essence of Poetry culture Edition and Off The Rocks, Protest Poems, Mel Brake Press, Stellar Showcase Journal, Black Magnolia, Spirits and Tuck magazine.