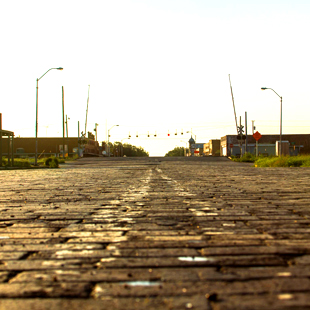 At the beginning of the summer, in the heat, I hit the bottle. My wife, as usual, kicked me out of the house. I had absolutely no place to go.

For a while I cried at the window and begged her to let me in, but then I remembered that Father gave me the number of his new mobile the other day.

Father is my last chance in this life. He rescued me many times at critical moments. Just my savior in life, I’ll be damned, I thought as I crossed myself and called him. Father was in a good mood. Most often he is not in a good mood and gets angry, then becomes fucking paranoid.

“Come over here, idiot, we will rescue you!” he said.

Well, we got shitfaced drunk, of course, on Radishchev Street, close to the marketplace there where they trade and cheat in the afternoon and rob and kill at night, at the time a rat woman sells moonshine. It’s cheap and worse than poison. You can die easily. And a lot of people do die on Radishchev, mostly young men and women.

Once I drank her stuff and then for several hours was unable to find Father. Wandering in circles, I almost drowned in a mud puddle, and was beaten by night bombers — young punks who like to beat up drunks just for kicks. But wet, bloody, and utterly frustrated, I at last reached the house of Colonel, where Father lived.

Colonel usually wore civilian clothes and put on his uniform only in case he needed to punish somebody, like his wife Mashka. He often locked her in the garage and held there for several days without food or alcohol.

Father arrived in the afternoon, driving his white but dirty Oka. Long, black hair on the sides of a shiny bald head; a straggly beard, a pale face and burning mad eyes. Father is absolutely drunk when he yells, “Get in, motherfucker, we’ll go to whores!”

I got into this lopsided Oka and we drove to the Tank. It used to be a place where newlyweds went to get their pictures taken, but now it’s a place where hookers hang and haggle. We took one aged slut with big boobs and a cheerful nature. She was slightly sociable. I remember one day we picked up a very young and arrogant bitch. She drank our beer, smoked our cigarettes, and boasted about working in the Netherlands. (In their language, a blowjob is called “a walk in the daisies”). Father listened to her for a while and then blessed her on the head with his large fist.

But this busty whore sucked us great in turn with different jokes and gags. Father gave her a cigarette and told her not to sin any more.

By the way, the locals claimed they loved and respected Father, but humiliated and insulted him behind his back. One night when he was stoned they brutally beat him, broke all his ribs.

That evening, Colonel, dressed in his uniform, was beating up his old woman Mashka with an army belt, calling her names, like “fucking sheep” and “dirty animal,” and she did not mind because she was grateful to Colonel as he once found her in the garbage and took her home ragged, dirty, barefoot and almost hairless.

Father was sitting in a corner, apparently thinking of something divine that we fools couldn’t understand, looking askance at Colonel and his pathetic half, whispering to me from time to time, that some of them soon would die.

Finally, Father thought about something and disappeared. Colonel, slightly revived, took a Prima cigarette, handed it to me and pointedly raised his finger. This meant that God willing we should soon be sure to have a drink.

Together, we recalled how we recently beat up gypsies. They wanted to deprive of her flat our familiar lame girl in leather pants, whom we treated with the moonshine from the rat woman. We drank and she complained to us about the Roma. The Colonel quickly put on his uniform and grabbed the gun. We taught those devils a good lesson.

I even fell asleep to those sweet memories, and when I awoke, I saw a cheerful face of Father. He was in high boots, a leather coat, under which the fraying robe could be seen, and a black wide brimmed hat. He threw a wad of money on the table and asked Mashka to set the table and even kicked her in the ass.

Colonel only grinned. After three glasses of moonshine, Father began to serve a sort of black mass. He turned on the old hard rock – Deep Purple and Led Zeppelin – and twitched to the wild rock. Shivered in shake, he walked the Irish step across the hut. Then he grabbed a big cross and a censer, and began to bless us all, on the head and on the ass.

In the morning, Father and me decided to unwind a bit and drove to Fairytale Lake, a beautiful place. We drank beer and chatted. It was cold at night. We were beset by mosquitoes. Towards morning we caught three kilos of fish and two water rats. The fish we exchanged with the locals for moonshine and ate the rats because we were starving.

In the evening we drove back to Radishchev Street. Once there, we were greeted with tragic news. Colonel had kicked the bucket. He fell asleep and never woke up. Even the rat woman is mad with sorrow: Colonel owed her twenty rubles. Mashka is in deep mourning. She does not understand anything. Just drinks, cries and smokes one cigarette after another.

Father frowned. Now this funeral will fall on him. Nobody else here gives a damn. He’s alone to take care of this whole goddamned Radishchev Street, but he always prays for it.

On Alexander Radischev’s street is where every mutilated human we hope doesn’t breathe the same air we do is exiled to. It’s a dark place, a damned place, but a place that has great faith—faith that deaths coming and it’s coming quick. – Tyler Malone