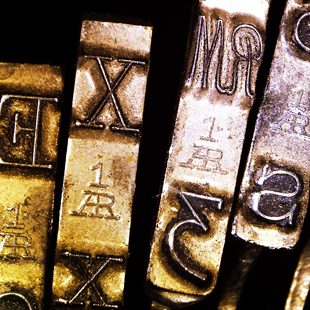 Jeff was seeing her. There was a series of events long before her that led to the male doctor. But first there had been the two musicians. Then they built the group up to three, then it was knocked back down to two and those two went out and conquered the world for a while. Music, that band, was the whole world to him, but then he ran out of ideas, ran out of clubs to play. Desperation and threats of unemployment drove him to the first shrink, but the doctor unfortunately had died, much too young. Then Jeff found her.

“I wanted somebody who studied the unconscious and who studied dreams,” he’d told her when they met at her office-apartment.

“The doctor studied that with you. Is that correct?” she asked.

“Exactly,” he said. “That’s why I looked on a Jungian web site.”

The doctor had corrected his problem and got him out of the music business where the work was unstable and into writing, where there was better luck.

He had been surviving with the poem and short story for a long time. Now he had been with her three years.

“So what’s up today?” she said when she greeted him.

“My wife and I had got into a little tiff.”

She stared at him. Ms. Thomas, C.S.W., red hair, an open face, blue eyes. She always created an aura of relaxation for him and so Jeff talked.

“I was telling Janie last night at supper, over some take-out Chinese, spare ribs, dumplings, chicken chow mein, that a friend of a friend had called.”

Ms. Thomas picked up the cue: “Did you tell her, ‘friend of a friend?’”

“As a matter of fact,” Jeff responded, from his brown, soft-seat chair, “that is what I said. “

“I tried to be nice to her: Yeah, Paul Sorvino, De Niro, they always speak in that dialogue to Joe Pesci and company, don “t they?”

“Go on.” Ms. Thomas drew a tree in a 9 by 12 yellow legal pad. He sat in the chair that faced hers. He could always see her drawing in a pad. She made pictures when she did therapy, but did not write.

“Yeah,” Janie said, “so, the friend of a friend, can you be more specific?”

“I know. I wanted her off the phone.”

“So what did you tell her then, Jeff?” Janie asked me. By the way, Ms. Thomas, the Chinese food was very good. “

“Janie said, Oh, Jeff, that’s such a pretentious answer. Chapter 4 of your novel!”

“I told her, It was a good way to get her off the phone.”

“That’s what you told Janie, then?”

“I thought it was alright. And I enjoyed hearing myself say that, even though there was no novel and no Chapter 4. It was just a little private laugh. But she seemed to get pissed at the language I was using. I have no idea why.”

Jeff and Ms. Thomas talked on a few more issues, only to end with Hemingway. “God, I just love that precise and clear language, ever since I first read him.”

Then Jeff would go home tonight and he’d be all right with the wife. Therapy cleared his head. Things that were said and weren’t said helped his sensitivity. Besides, his wife didn’t like the woman, anyway, and that made him feel good. And he no longer heard music, only words.

Later that night, Jeff began typing: “Ronald, an elegant novelist in his late 40s, engaged in a linguistic tête-à-tête with his brunette wife, Brianna. They lived on the sixth floor of a wonderful high-rise near Central Park. He was tired, having finished Chapter 4 of his latest work. It was a Western this time, a departure from the usual studies of scarred urban heroes, which characterized his first 13 novels…”

It was amazing, how large the space inside of a shrink’s office was, like a writer’s head.

And so, into the night, with coffee perking, guns blazing, moonshine stills down dark country roads, until first light broke through the indigo sky, with the headlights on the street dying; and with trails widening farther into the morning, the fingers of Jeffrey Campbell were flying, finally.

This is therapy: killing yourself on a keyboard. Even in private silence, it should be loud. It should be war. All music should be drowned out, like a child who swam too far out in the deep. – Tyler Malone