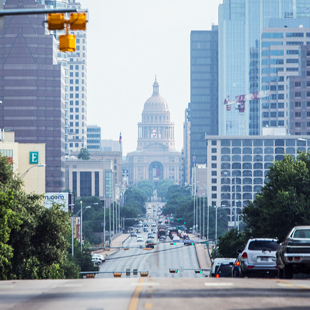 There are normal days on highway 56 going Southbound:

Traffic at standstill, the late august heat making the air sticky and heavy with the pungent odor of gasoline, the sounds of a hundred cars clenching on their brakes at various intervals, and the disharmonious din of opposing music genres melting together through the tops of open windows, every driver sighing and squirming, trying every sort of mental gymnastic to keep from dozing off in the evening sun, which is still sweltering.

Trapped in their respective vehicles, they call old friends or spouses, change the radio station, clench and unclench, sigh, hum, tell stories, run off lists in their head, go over the day’s affairs, rehearse the evening, the upcoming weekend, or even the distant future; some reorganize goals and dreams, lament the passing of time, make resolutions, face their demons, forgive and forget. These are normal days on highway 56 going southbound.

Then there was the day that a rusty Chevy squelched on its brakes making a loud noise that prompted the car to the right to honk its horn which two lanes over awoke a drowsy woman who, startled, almost rear ended the Lexus in front of her, causing a whole lot of honks and horns and eyes focusing in that general direction, (most happy to have something to keep sleep at bay.) And as all this went on around him a man looked up from reorganizing his dreams and goals and whatnot, blissfully unaware of the scene around him, exclaimed suddenly in reverent surprise, “I’m coming back.”

There is a monastery six miles down the road past exit 78 on hwy 56 going southbound. The monks that live there meditate for hours on end in hopes that one day they will find Nirvana and be released from the endless cycle of birth and rebirth. Each hour of meditation can erase hundreds of years of bad karma.

There are normal days on highway 56 going southbound. Then there is the day that a monk, raised on Nirvana like cereal, plagued by lusts and desires, fears and fascinations, on his way back to the monastery, realizes suddenly that he is not meant for perfection, that his karma cannot be erased in a lifetime, and he will neither ascend Samsara nor reach Nirvana. And that even more miraculously he doesn’t want to.

There are normal days on hwy 56 going southbound. And then there are the days that witness an enlightenment.

These are the days we live through, static and stagnant, but full of smiles as we hope that tomorrow the streets that stitch what we love and hate together will crumble into soil, leaving nothing but flowers and pathless forests to find our own way through – Tyler Malone