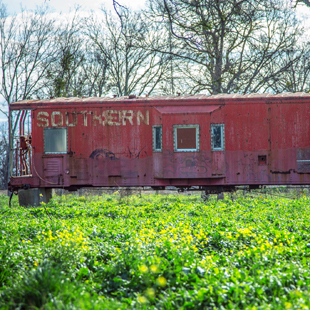 They came for me in the morning, so I’m told. I had just gotten off the phone and fallen asleep.

“Something something mortgages from First Bank National,” they said.

I couldn’t understand them.

“Your boss something something.”

In first grade, I took spelling tests. My mom would make me spell out words for practice.

One week I felt unprepared so I spent homeroom that morning writing out words on a sheet of paper. When it was time for the test, I hid the sheet between my legs.

Ms. McGunniss caught me. She asked me how many times I did this.

“Once. I forgot to study this week and needed to keep my grades up so my parents wouldn’t get mad at me.” I was a victim.

“Do you understand the charges against you?” They asked.

I tried to force my wrists free, but they were on tight. I felt the skin around my wrists break and burn against the cool metal.

Mom started taking antidepressant medication a few years ago. That all started when she lost her job and her sister. One night she asked me if I could take her to the doctor.

I didn’t answer her.

“Jake can you answer me?” she pleaded.

I just kept on watching TV.

I wandered into the Securities and Loans building on Murray Street. It was weird because I ran into a guy a few days earlier and he said there was a pharmacy that existed somewhere around here and I was looking for that.

When I got inside, I asked the lady behind the desk.

“Can you help me with something?”

After an hour I left Mr. Bridge’s office feeling much better and with a job.

I like to drive. It relaxes me. In college, I worked at a grocery store so I got to drive a lot to and from there.

Before they hired me, I had to join the union. The highest pay and easiest jobs were given to the people that worked there longest. There were people there who made twice as much as I did and worked half as hard.

Bob had worked there for ten years when I arrived for my first day. One time after his shift I saw him leave with a 30 pack of Natural Light.

“I surely will,” he said, smiling.

Bob told me he would have loved to have gone overseas to Italy and backpack up and down the country. When I got off that night, it was warm and humid, in the middle of summer, and I cried in my car for a long time before driving home.

I was told not to come into work for a week, so I slept in. The sun was in my eyes as I looked out the window. I yawned and stretched, got a glass of water and went back to bed.

“You think you are better than the rest of us. Can’t get drunk with us?”

Matt stared at me for a second, then laughed in my face.

“Smoke break,” he exclaimed to the room and pointed to the back door. Everybody followed.

I remembered Mom calling right after I moved from Jersey to the City. I had just been promoted to oversee the Midwest Division.

“When are you going to come and visit me?” she asked.

The snow was falling so heavily that I thought about just staying in New York for the holiday.

“Where is everybody?” I asked.

“No one else is coming this year”, Mom said putting down her drink.

I was back in New York the next morning.

Mom called me a day later on Christmas.

“You should’ve been to church today. I saw one of your old classmates. Remember Helen Clark?”

“Yes, she’s married. Has three kids with a handsome young—”

“Mom, have you ever thought about moving?”

A riot broke out in Central park that year. At night with all the noise they made I had trouble going to sleep.

That’s eventually why the police showed up. I called them—something needs to be done about the noise, I said.

When summer came around my bags were packed and I was ready to go.

“Ok.” She came towards me. We kissed goodbye. “When will you be back? Chirstmas?”

“Goodbye, Nick,” Dad said which is weird because he had been dead for ten years now. We shook hands. “Good luck.”

“Take care of yourself.”

I started the car and backed out of the driveway. Taking one last second to look back at Mom and Dad standing happily together in front of the house, I waved goodbye and drove off.

I don’t know if you can understand this but Justice can be bought. No one could do anything in the end about us because they had no money left. Those people outside—they eventually stopped congregating and making noise and it was peaceful in the nice city parks again. And outside of those people, no one really cared. A few years later, we had the laws reversed to the way they were before. Everyone noticed, but no one really cared, and we at Securities and Loans were all very happy for that because when I’m out in a few years I’ll get my old job back and everything will be like it was when I started, so I’m told.