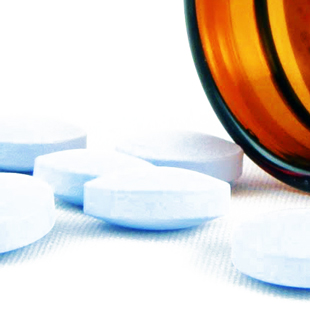 He met her funnily enough when he had to fill out his prescription. He was working as a mechanic at the time and he kept getting these headaches, no matter what he did, no matter how many Advil he would take, these headaches would not go away and since he did not have insurance and his work didn’t have medical coverage, so he just lived with it. It was only when he blacked out at work and almost had a car that he was winching fall on top of him that his boss Roscoe told him to go to the doctor and that the company would pay for it.

After the doctor made him take some tests and made him follow his finger and asked him some personal questions that was none of his damn business did the doctor finally say that he didn’t know what was wrong with him. He said would give him a prescription anyway and told him to go easy on these pills and not to drink or operate heavy machinery.

He had to take the week off work. He lived by himself and he liked it that way. During the day he drank a few beers and worked on his Chevy Silverado SS. He had put it together himself from scratch, it was his pride and joy. He had some female visitors but none that stayed the night.

He met his wife a day or so later, he was going to fill out his prescription at the local Walgreens but he kept forgetting. So one day, on the way home after forgetting once more he stopped in at the local Tappahannock Wal-Mart and went to the pharmacy section.

That was when he saw her. He had never seen anyone so beautiful. He could not help but stare at her the whole time. He was convinced she thought he was a madman. He did not speak to her that day, although he always made sure to visit that Wal-Mart to buy whatever he needed. He visited almost every day and when she was not there he descended into a blue funk. He was never a talkative person at the best of times and his co-workers noticed the change in him and asked him what was on his mind. He could not talk about it. He didn’t know how too.

On one of those numerous and frequent journeys to Wal-Mart this time to buy toilet paper and other things, he was pre-occupied and not watching where he was going, he literally walked right into her and knocked her down in the car park. She was not looking where she was going, as she was late for her shift. He offered her his hand and helped her up and apologized profusely, he said that he hoped she wasn’t hurt and that if anything happened to her he couldn’t stomach it, and he meant it. She stared into his eyes and knew he was telling the truth. She said she had to go as she was late for work, although she had noticed him around a lot recently and thought he was handsome and if he really wanted to make it up to her, he could pick her up after her shift was done and they could go for a drink.

He nodded his head and said he would be back when her shift ended. He did not have a hat on but he kept on touching his head and bowing as she left, she laughed and it was the most beautiful sound he had heard in his life. When she left he sat in his car and just stared out the windscreen and just could not believe what just happened.

He marveled at his tenderness towards this woman. He thought love was for amateurs, he did not buy into that crap; love was for weak people. How wrong could he be?

They were married a few months later in a civil ceremony with his good friend Charles as his best man and her sister Beth as her maid of honor.

Not long after they were married his wife had to be taken to the hospital. She was diagnosed with Anti-Depressant discontinuation syndrome. That was when he found out that his wife had started taking Anti-Depressants since she was fifteen-years-old. Celexa, Lexapro, Wellbutrin, Prozac, Celexon and Effexor to name a few, and she had stopped taking them after they had gotten married.

While she was in the hospital he went into Bank of America and asked about getting a loan to buy a house. He thought that would make her happy. It was surprisingly easy. They were very helpful.

The years went by as they do. The first ones were happy ones, then gradually by degrees she went off and on her medication while he started drinking more and more to cope. They made a pact to be kind to each other after they had too many screaming fights arguing about money and the fact she thought he had ruined her life.

They’ll have their fifth anniversary on Thanksgiving. They are spending it with her parents again. Last year, he drank too much and made a fool of himself. His wife was in the kitchen yelling at her mother. While her father was in the living room sleeping off a drunk not watching the Redskins getting creamed by the Cowboys.

There’s never a happy ending—a true happy ending. What cripples ignorant bliss is when all the antecedent action is unpacked and lived through, hand-in-hand, and you find out that the person you love has been a real person with real struggles for a long, long time. But that’s the humanity we love. – Tyler Malone