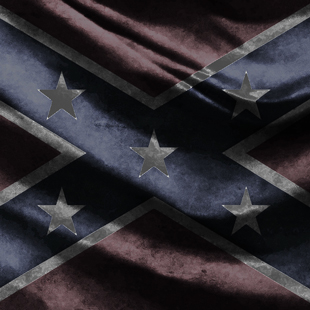 I suppose I am a little boy now? How in the world did this sex change occur? When I wasn’t looking. Oh, I suppose like a manikin.

Surely I drank too much that night at the Kappa Alpha fraternity rush party, but I never planned on being roofied and thown back-down on a pool table during a party so crowded, so confusing, and so drug-oriented, I didn’t know up from down. Now did I?

Those little Civil War re-enactors. What in the world is wrong with their dumb world? They force their pledges to wear Confederate army uniforms and march around campus. A friend of mine leaned out of dorm 14 and shot the bird at the little bastards.

Finger-fest. Yes. That’s what it must have been.

I do remember one thing: They were playing the Rolling Stones’ Sticky Fingers album when I passed out.

Look. My last name is Grisham. I was from Houston, but moved to New York a couple of years later, hoping to get my life together, but I can never forget their dumb little ritual. They call it The Rape of the South, in memory of Sherman’s March to the Sea, 1865. What a bunch of assholes. And what a little mob they are. Yes, like that Mob.

I can still taste the Jax Beer. The Dixie Beer. Beer all over their dumb little golf shirts.

Now, I’m coming up from Houston to tell my story. Coming out of that rape. Lord, it has been years and years.

One of the last things I remember was going onto the so-called “secret” third floor of their little mansion. The mansion family had psychedelic lights, Christmas lights, everywhere. And they had a couple other of their bitches locked in a closet.

Some men do not deserve to live. All we are to them are little plastic bags to put their goddamned sperm into. And then, when we rise and demand our rights, Rush Limbaugh calls us feminazis.

Rush is the biggest fem of them all.

Yeah, old Limpballs probably sucks shit for all I care. And if I seem as if I hate men, I really don’t. The good men? Still out there. Only they seem to die for others all the time.

Women should never have to rise again. They shouldn’t have to arrange the dirt on their faces to look like makeup. They shouldn’t have to speak up, cause a scene, just so the vile and perverse persons other people love to worship can have every excuse to tell a teary eyed woman, alive but suffocating, “Excuse me, missy, you’re causing quite a scene, people are trying to sleep.” – Tyler Malone