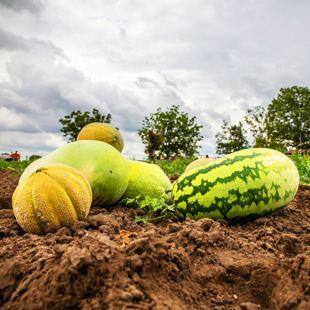 I have been looking all my life for
someone who would tip me up straight
and point me in the right direction.

“Ye shall know them by their fruits.”

When the police arrived, the old woman was still in a state of confusion, having stumbled over the row of decorative bricks by the bay window and rolled down the slopping lawn to the road.

She declined any kind of medical attention, though, and would have walked off to town in a sort of huff, if the police had not insisted on a medical examination.

“I just want you to know that I’ve seen what’s going on around here,” the old woman said, turning her face away from the policeman.

The young Trooper winked at us, put her in the back seat of his cruiser, and drove away.

“She actually seemed annoyed with us,” Betsy said, “and she was the one trespassing.”

“Does anyone know who she is?” I asked, as we watched the police car turn at the big hedges, and disappear.

“I think we should check if she did find anything,” Betsy said.

I agreed with Betsy because I had seen the woman trying to look in the dining room windows just before she tripped.

“I doubt she was ever inside the house,” Laura said.

“Anyone see her before she fell,” Betsy asked. “I mean before Bob saw her looking in the windows?”

“Maybe she used to own the place,” Laura speculated.

“Or maybe she escaped from the State Hospital,” Betsy said, and rolled her eyes. “you never know.”

“I’m going to ask around about her in town tomorrow,” I said. “This place could have been an old commune, you know?”

“And what if she used to live here,” Betsy said, “and she’s got stash of her own buried here and she was coming back to dig it up?”

“She might have a fortune in drugs stashed around here,” Betsy said.

“Maybe the house used to actually be part of the revolution,“ I said, and everybody laughed.

“I think we all need a drink, Betsy said.

“Be careful over there by the bricks,” Laura said, “it’s a long way down to the bottom.”

Here’s what we leave behind: what we say and do. Yeah, art is nice, but is still only a small part of who we are, no matter how large our artistic genius might grow to become. Rest assured, artists are always the ones screaming in the streets, peeking into the private windows, and burying our treasures in the backyards of others. – Tyler Malone

"I am a retired professor of political theory from New York, now living in San Francisco with my wife, Ann Knickerbocker, a painter. Since retirement I have been devoting myself to writing and trying to publish (with a little success) poetry and flash fiction. Muse-pie Press nominated me for a Pushcart last year."