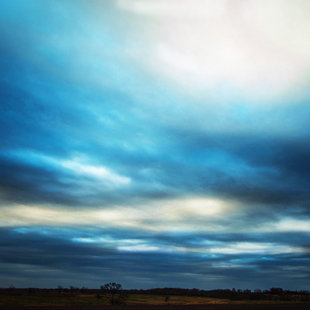 Mage Allia of House Themis dug her slipper-clad toe into dry soil as she waited for the young girl. She ran a bony, liver-spotted hand over her head and looked up at the Six Houses. They towered above the scattered huts of the forty tribes who clawed this land for sustenance. The Houses stood on towering poles of blue steel, their oblong shapes tapering to long silver points that reached to the sky.

Allia finally saw the girl, escorted by a servant of House Themis. She was twelve or thirteen, on the cusp of puberty, and had thick red hair parted twice, once over each ear. Her violet eyes looked at Allia with a steady maturity that belied her childish stature.

Allia dismissed the servant then took the girl by the arm and led her to an open elevator beneath the House. Once inside, the elevator ascended quickly, gliding past the poles.

Inside the House the members and servants of Family Themis gave way as the Mage led the girl down a bright metallic corridor to an oval door. Allia laid her hand upon the smooth surface. The door glowed with a soft luminance and swung silently inward. Allia led the girl inside and the door closed behind them.

The room was large, with smooth bluish walls that curved up to a glass ceiling, through which the pointed tip of the House could be seen as it stabbed into the hazy air above. The room was unfurnished except for a single chair of dark wood.

Quietly the girl sat in the chair and cast her face to the skylight above.

Allia stood behind her and placed her long, white fingers on either side of the girl’s head. The girl remained passive as the Mage chanted, creating vibrations deep within her throat, generating a flux of power that spread down her arms and into her fingers. The molecular structure of the Mage’s fingers altered and sank into the girl’s head, pushing through the skull and melting through the folds of the brain, until they came to rest upon a small gland at its base.

Allia’s throat expanded, sending more energy deep into the girl’s skull. The gland quivered and unlocked. A reservoir of energy flowed out, using Allia’s fingers and arms as conduits and filling the Mage with power. Allia looked up through the skylight to the sharp peak of the House.

The pointed tip shone with sudden light and expanded upward like a living thing. Allia kept her focus and continued chanting as the girl quivered underneath her.

The tip of the House shot up and punched a hole in the sky. Celestial brilliance shone through. The boundaries of the hole frayed and pulled apart. Allia could hear thousands of people on the ground scream as intense, living light poured through the widening gap.

Allia rejoiced as the light bathed her. Every cell in her body became microscopic sponges that absorbed deistic power. She was transcendent. Nothing was visible but the voracious light as it blasted through the Mage. Allia shuddered in something close to sexual pleasure as she opened herself to omnipotence.

Allia shrieked as her hands were torn away. She fell to the floor and stared in horror as blood pumped from her arms.

The young girl stood before her, radiating light so intense it obliterated her features.

“Who am I?” The girl demanded. Her voice lanced through Allia and House Themis and roared off into infinity.

“I don’t know!” Allia screamed. She felt herself slipping away.

Mage Allia was swept up and ingested by the limitless hunger of Heaven.

It’s not what makes the bump in the night; it’s what bumps back that we should fear. Remember, witches only have a few true fears—and children should send shivers up any creature’s vile spine. – Tyler Malone

Paul Magnan has been writing stories that veer from the straight and narrow for many years. He lives in New England. He keeps a blog here.