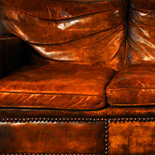 I look around the psychiatrist’s empty waiting room. All chairs. Thin skeletons of chairs linked together at the ankles like prisoners waiting for lunch. At least two dozen of them crammed in here. Surely there must be a couch, if not out here, then back in his office. There’s always a couch. Sometimes they are faux suede, sometimes cloth, and in the older offices, they are worn leather, with just the right amount of care given to keep them soft and pliable.

A phone rings. It isn’t mine, though I always jump and look around quickly to find the source of the noise. It rings a second time, a third… At last a gray haired lady answers it, eyeing me from the side while cupping her voice around the end of the phone.

My face burns red, and I block out her voice booming like an echo off these cramped walls. If she has to talk about me, I will just leave. I’ll just go now, I’ll—

“Tara,” she says from the open portal to what I presume is the back office. The redness around her dissolves into something human. Gray hair is gray again. The carpets are beige. The walls have returned to their putrid coral. But she hasn’t pronounced my name correctly. She says it Tar-a, emphasizing the tar part of it. I don’t look at her, but around at the empty chairs.

I stand up and smile. I think I’ve made my point.

I follow her back through a tiny maze, memorizing every turn in reverse. The office, like everything else, is small, but I’m relieved. There is a couch. Without being asked, I fall face down on it, inhaling its myriad of scents, trying to place them. The first is lemon. Everything is yellow and covered in a pollenesque haze. My mouth is sour, and my eyes squint until the lemon changes and becomes banana. Then taste fades and I smell sunflowers. But it doesn’t last. It never does. Sunshine leaves and black and white merge to make gray.

Dr. Gray, who lives up to his name, doesn’t say much. He has a voice suited to the size of the room, and chews on an orange pencil between denture clipped sentences. I remember a documentary I watched on lead poisoning. There is lead in that pencil. Lead is gray. Dr. Gray moves slowly, as if he’s weighed down by lead. Lead’s atomic number is 82.

“Are you 82?” I ask, interrupting his gibberish.

“No,” he says flatly, then sighs. I sigh, too. I almost had it figured out.

Behind his desk on the wood paneled wall are six framed degrees, each with his name printed on them in bold calligraphy. One is slightly off-center and the imbalance gives itself to everything in the office. The floor tilts, as expected. I look up again at the six impressive documents, each a statement of proof.

None of them are real.

It’s horrifying to the think that the insane see the same world we do, they simply see more of it. Things that aren’t there. Or maybe they see things that we don’t, like the color spectrum that we refuse to believe humans can experience. Maybe madness is knowing life all too well. – Tyler Malone

"I am a creative writing student. My poem Easter for Agnostics appeared in MadSwirl's poetry forum in August of 2012. Other work has appeared in The Rusty Nail and Curio Poetry."