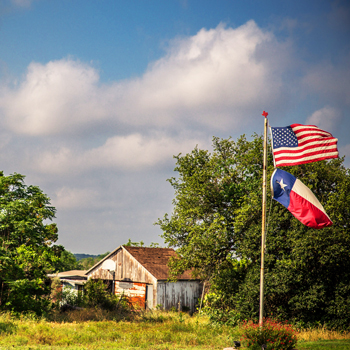 Phil called his penis “Pounder” because it was so heavy it bowed when it was hard. You might say it was Phil’s version of the L’arc de Triomphe. Anyway, after Maxine personally verified the nickname’s namesake, she spread the info all over Bonita. Soon Phil had rep n’ cred, not to be confused with crabs n’ stank, her info on Phil’s friend, Joe. No surprise that Phil got more action than Joe even though it wasn’t Joe’s fault, exactly. Maxine caught him after his latest trip to Tijuana where he got so drunk he nailed a hoochee-mama from Santee and started itchin’ himself raw.

Phil didn’t like Maxine all that much. She hogged the mic at the karaoke bars and still thought it was cool to stay till last call. Even more annoying was her lipstick, a dark purple that obviously, with her dark purple hair, was just t-o-o-o much purple. But Maxine swore she loved Phil. How anyone could swear somethin’ like that at twenty-two was beyond anyone’s belief system. Thirteen year olds did that. So why the hell did Phil marry her?

Joe said they got hitched because Maxine told Phil she was pregnant, but everybody at the Nook-eee Club knew that wasn’t true. It was just somethin’ Joe said to get even for the crabs n’ stank thing. Me, I asked Phil about it straight up. Did she get him high and kidnap him to Vegas?

“It’s like this, Mike,” he told me. “if you marry somebody you really love the first time out, what happens when you break up? Because all first marriages do. Now you’re carrying a torch that’s guaranteed to sear that heart you wear on your lonely sleeve. No, man, I’m savin’ my love for number two or three.” That proved to me that Phil not only had a big dick, he had a big brain. Wish like hell I’d talked to him before I married Marybeth Skolnick, a.k.a. Grave-Baby.

Phil’s rep n’ cred wasn’t empty glory. No way. He proved himself worthy of the kudos that came his way. He damn sure did. One night his Maxine, my Grave-Baby and Jazzy-Ruth were hammerin’ back shots of tequila and drinkin’ beer out near the reservoir. They were celebratin’ Jazzy-Ruth’s divorce from Frank “Muttonhead” Marston who worked for the Chevy dealership. Well, that’s what the girls said they were doin’. I think it was just an excuse to leave me and Phil with the kids for a while. If them broads didn’t have two kids a piece, I’d have thought they were gonna have a lesbian menage a trois. Might have left my kids with Phil to catch a peep of that. I took three years of French in high school.

Anyway, Muttonhead came gunnin’ for Jazzy-Ruth. As cranked up as he was, he started shootin’ at the women like they were ducks in a carnival game, Grave-Baby said. Caught Maxine between the shoulder blades, Grave-Baby took a bullet in the foot.

Phil heard Maxine cryin’ through her cell phone call, jumped in his pick-up, and sped out to the reservoir with me ridin’ shotgun. When we got there, Muttonhead was sittin’ under a security lamp croonin’ Only the Lonely to Jazzy-Ruth who was lyin’ dead at his feet lookin’ like a white poster board somebody’d stuck with black thumbtacks. Maxine had bled out, leanin’ against her Mustang’s bumper, her cell phone still in her hand.

“Damnation,” Phil said, got his tire from underneath his seat, and cracked Muttonhead’s head open like a cocoanut. Me and Grave-Baby told the cops it was self defense, but we never told anyone how Phil cried over Maxine long after the meat wagon carried her off. “You know what’s sad?” Phil said when we was alone on my back porch with a couple of long neck Buds. “Chevy ain’t number one anymore.” But I know what he meant. Sûr l’enfer fait. Sure the hell do. And Joe? He took violets out to the reservoir. That I’ll never understand.

What makes a real man is hard to find sometimes: it’s both under a zipper and under the skin. You just need get intimate—real close—to a fella to find out what he’s made of. – Tyler Malone