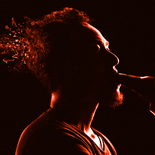 Christmas had come and gone and he was home alone. So he started drinking heavily. It was an easy life when he was by himself with no one to tell him what to do. He sat on his couch in his living room and looked out the window – he saw a park with many trees across the road. He was very curious about a faded purple armchair that someone had managed to shift underneath a tree. It reminded him of one of those chairs that today would be called retro. He kept on drinking from his beer that he got from the cooler he kept near him – he had a smile on his face. He wanted to see someone sit on the chair before he put the gun he was holding in his mouth. He sat alone in the dark for a very long time until he could not keep his eyes open any longer.

He awoke with the sun glaring through the window, it felt like it was burning a hole into his forehead, he grabbed his keys and went outside. He was blessed with the sheer geographical wonder of a liquor store within fifty yards of his home. He arrived just as the clerk was opening the front door and had a case of beer on the counter before the clerk even had the lights on.

Upon his return, he sat down again. His life up to this point was uneventful. He had not had any childhood trauma that would make him suicidal. He had had a relatively carefree childhood, apart from his parents dying in a car crash when he was two. He was raised by his grandparents that spoiled him. He never excelled in anything in school. He was an average student and above average quarterback, though not good enough to earn a scholarship. He fell in love a few times though his feelings were never fully reciprocated by the women he desired, only by a string of girls who had mental problems.

That was until he met his wife when his heart had turned to stone. He just went along with anything she wanted – it just seemed easier that way. Early in their relationship, she had said, “Please don’t argue with me, okay?” It seemed fair. They had a child, a girl. He was very fond of her, although it was not like the tales he heard from other parents that it was the best thing to happen to them, or having a child was like falling in love all over again. He did not feel these things, apart from a change here or there, his life was basically the same as it was before.

The years passed – as they do – he kept on waking up at five-thirty in the morning to look in on the child. He would get the pre-made formula he made the night before in the fridge and give the baby the bottle while he cut up pieces of fruit. (Banana and Strawberries seemed to be her favorite.) He then read to the child from the newspaper he had delivered every morning, it didn’t matter if the story was about a murder or a riot. Afterward, when his wife arose at about seven-thirty, he handed responsibility of his daughter to her – he then jumped in the shower, dragged a razor across his face, dressed and took the train to his job as a clerk with a government wage. When he had beaten the clock for the day, he went to the bar across the road ordered a couple of scotches and drank them down easy, then he ordered a couple more and caught the train home, he repeated this routine for many years.

Although recently he had been feeling very low, for a very long time he even thought of getting prescribed some antidepressants to get him through to the end, he preferred drinking – so he drank instead. He would replay the events of his life in his head up until this point. He missed his friends more each year and his drinking was not as comforting as it once had been.

He was stuck. He could not embrace religion as many people did in times of crisis. He thought theology was a joke.

And whosoever liveth and believeth in me shall never die.

He breathed deeply and cocked the gun and was about to put it in his mouth when something occurred to him. He didn’t want to kill himself and have his wife and daughter come home from their trip to find his body just sitting there with shit in his pants and a hole in his head.

He would figure it out later.

So he grabbed his gun and another six pack of beer and went outside to the park. If no one was going to sit on that goddamn chair, he would. He was sick and tired of staring at it. When he reached the chair he found it was damp with an appalling smell.

He decided to sit on it anyway and relaxed into it – he put the bottle of beer to his lips and stared into the distance. He thought he would fire the gun at something if the opportunity presented itself, but nothing came his way. Eventually, he grew tired again and got up and went back inside and went to bed.

In the morning when he awoke he felt different. He took some Valium and hid the gun in the attic and threw away the beer cooler and had a very long, very hot shower.

He cleaned up nice.

He called his wife and she answered on the second ring.

Hope and change, we have all heard about those before. We only seem to really buy into them if they’re mandated, but they can be as arbitrary and as beautiful as any mundane thing, you just have to bored enough to realize that they’re right there with you: in your own head and heart, like six pack of chilled beer in your refrigerator. – Tyler Malone