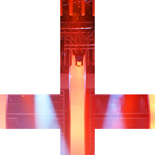 Six contestants will compete over six weeks and complete six projects. They’ll use every underhanded, dastardly, sneaky trick in the book (not the Good Book, of course) to succeed.

We all know that the world is going to hell, that the Apocalypse is due with Armageddon right behind it. The Rapture might be complete by this fall and some of us are going to be left behind. We’ll need our TV programs more than ever then. Good news. The Antichrist will be in the house!

We’ve lined up six Antichrist candidates. It wasn’t hard. They’re all over the place. Google “Antichrist.” Recognize any of the images?

Our contestants aren’t crazy, except like a fox. They’re smooth. Slick. They’ve fallen but they can get up; they just don’t want to.

The winner’s prize: a superchurch built to his or her specs. (Yes, the Antichrist might look like a woman—except for those cloven hooves.) When we announced this prize, it brought many true devotees of The Horned One out of their holes to audition.

Flock members must be demonstrably in their master’s thrall. Yet they shouldn’t be nuts. It’s a fine line.

Every week, one Antichrist will be voted off the show by a jury of Catholic and Protestant clergy, Evangelical ministers, and members of churches you’ve never heard of. Everyone on the jury will have been accused, at least once, of crimes the Antichrist would be proud of.

The six flocks head out to spend the week gathering money. The personal wealth of flock members does not count. We assume that the Antichrist will have already taken control of all such assets on his own, during the enthrallment process. The flocks can steal money, grift it, embezzle it, print it, employ blackmail, pocket-picking, heists, strong-arm extortion, loan sharking and other forms of usury, protection rackets, bookmaking, you name it, just rake in the lucre. Pile up the scratch. Of course, each Antichrist is apt to fall back on his or her special talents and experience here.

Low flock is voted off. The producers will take charge of that pile of loot.

Each Antichrist will spend Week 3 involving his or her flock in a series of bizarre, acrobatic, and crowd-pleasing sexual shenanigans beyond anything you’re likely to dream up in anticipation. Points for activities that Jesus wouldn’t do, crimes against nature, and behavior that causes you to say “Now, that’s just going too far!”

Group sensitivity sessions should be interjected, so that flock members can relive what they’ve done, over and over again, to their delight or everlasting shame, depending upon that cup half empty/cup half full thing. Points deducted for police raids, disease, and defections from the flock of those who unaccountably come to their senses.

Hey, Antichrists. What can you do for the show’s producers? Last week’s good ratings, earned by your hour of wall-to-wall sex, aren’t going to count for anything this week. In fact, forget ratings. The time has come to step up and make us happy on a personal level.

What will it take? A cut of the money pie? Yard work and house cleaning for our wives? Or should you Antichrists turn your skills and the skills of your flock to the seduction of us producers ourselves? Whatever it is, it better be good.

Fourth contestant and flock are voted off. If the producers are insufficiently satisfied with this Antichrist’s offering this week—if the producers are plain pissed off by it—he or she will be consigned to the pit where the wolves are kept. To be filmed, of course.

With all the fun out of the way, the show takes a serious turn in Week 5. The Antichrists must achieve dominion over the peoples of the world. The two remaining contestants have one week to do that. How far can they go? How successful can they be? Control over Staten Island? Enslavement of the Teamsters? Dictatorship of the Mexican cartels? Now is the time for our Evil Ones to really show us what they’ve got.

In Week Six, the surviving Antichrist takes on Jesus Christ Himself. Christ is not going to just show up and flash his SAG card. Instead, we’ll put out a casting call and a bunch of nondescript guys will audition. He’ll come like a thief in the night. We’ll pick Him because that’s how religion works.

The final battle will take place in our special iron-cage Pentagon. Both parties will be armed. Only one will walk away, but don’t worry about injuries. These are supernatural entities, or ought to be.

You might figure that Christ is bound to win. It’s in the Bible. However, the Lord moves in mysterious ways, and Jesus might have to wait for the sequel.

The end of the world should be a spectacle! If it ends with a whimper, then it’s our own fault. The next time you’re in public and worried about a boring end of all things, just look at the little bronzed, pumpkin faced girl next to you, the one drinking a Frappuccino. She could be the Dark Lord we have all been looking for — the next big thing. – Tyler Malone