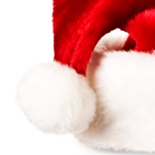 Don’t cry to me about your shopping stress in December when parking lot surveillance cameras are capturing men with white beards who only look like me breaking into automobiles and mugging people in mall parking lots, while local news outlets vie for coverage, reporting on Santas pretending to collect toys for charity, or worse, rampaging in red-clad mobs like those dozens of New Zealanders, running through the streets of Auckland stealing merchandise from stores and assaulting guards with beer bottles, prompting legislators everywhere to enact laws governing my behavior, such as the Florida legislature prohibiting sex offenders from working dressed as me, or my pal the Easter Bunny, although the Easter Bunny is rarely accused of the crimes I am accused of, which is ironic, since he and I both are assuredly guilty of the heinous crime of child abuse which the hundreds of children we frighten every year will attest to, especially those whose parents say “Oh, it’ll be cute,” as they pull out their cameras to capture me, the old reprobate, in the act of terrorizing their babies.

Real villains are good parents holding the hands of their children as they stand in line to sit on the laps of monsters: giant bunnies and men wrapped in the color of blood. – Tyler Malone

Bonnie Ogle, a retired first grade teacher, is now a docent and teacher at a Florida Museum of Natural History. She is a fan of flash fiction, and writes non-fiction natural history for children. Her most recent publications include Beaver Woman for Boys Quest Magazine, April, 2015 edition, and Souvenir, Marco Polo Art Magazine, April, 2013. She is a contributor to Bacopa Literary Review, May, 2013, and Open Doors: Fractured Fairy Tales, December 2012. Bonnie is an inveterate ballroom dancer and a volunteer interpreter at a butterfly house. Look for her children’s picture book, Arthur The Arthropod.