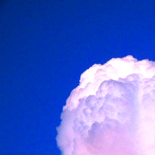 The light turned green and I pressed softly on the accelerator. The beginnings of a post-rainstorm sunset sat painted the sky above the streets we’ve both driven on for years. The only difference between the nights in this town is the way the sun decides to disappear.

He turned to me. “My mom’s really been on me to spend more time with her. Her friend’s son just died.”

“That’s horrible. Is she okay?”

“Suicide is just so stupid.”

“I blame it on religion. If people didn’t believe in that shit nobody would want to kill themselves. Because someone created the concept of an afterlife people don’t realize this is the only life they’re ever going to have.” He was getting worked up. This had been sitting on him for a while, I thought as I admired the sunset once more.

“Doesn’t religion prevent suicide? Kerouac had to drink himself to death because suicide is against Catholicism.”

He waved it off. “I’m talking way back. If the character of God and his magical kingdom had never been thought up there would be no fall back plan for these kids. If people didn’t like their lives they would change it right now not just sit around and dream of how great existence will finally be when they go to heaven.”

“People would still do it.”

The sun was a little less than half way down. The sky looked like cotton candy.

“People would still kill themselves even if they knew this was it. I know it sounds repetitive, but when you want to kill yourself you simply want your life to be over.”

I continued: “There are plenty of people who take the Bible, the Torah, the Quran, whatever, very seriously, and they still do it. People like that think they’re going to spend eternity in hell. They would rather be tormented forever by the devil then live eighty or so years with their own demons.”

He looked down and played with his seatbelt. He rubbed his hair.

“What do people have to be so sad about? Like this kid, did his girlfriend break up with him or something?” He paused noticing the insensitivity in his voice.

“I said that to my mom when she told me. I felt bad, but I just don’t get it. He was a human being, a white upper-middle-class male; he was in the very top .001% of existence. He could have been born a fucking dog or something.”

We stopped at a red light. A light we’ve both sat at countless times before. I turned to him now. The sky looked like sliced mango.

He responded defensively. “No it’s not. I’ve thought about killing myself before, everyone has, it’s human nature.”

The last quarter of the sun sat on the horizon like a water drop. The sky looked like melted roses.

“Yes, I guess you’re right, but you’ve never wanted to stop living. I’m sure you’ve played the ‘what if’ game when you couldn’t sleep but you’ve never scared yourself while thinking about it. You’ve never been to this place where God can’t save his own believers.”

We arrived at the cottage and I put the car into park under a tree. He responded as he exited the car. “I guess my chemicals are just in living order. That’s all our feelings are anyway, chemical reactions. Even when we’re sad, we’re just sad little robots. It’s depressing, I know, but it’s the facts: the science of life.”

We got out of the car into the night. The sun had gone to bed, but in the open field the moon was shining brightly.

The sun is something that was there when we first discovered how to talk: how to complain about life and explain our selfish actions. The sun will also be there when we’re when we have evolved into something more than human: something more selfish than we already are—gods. The sun will see all of that, through so many different phases, until its final moment, when it’s nothing but a cold piece of coal in heaven. – Tyler Malone

"One day I will know the right words, and they will be simple."