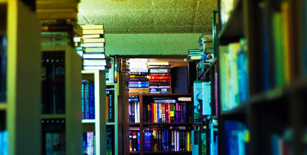 “Why do people always die early?” Marshal Marquette wondered aloud as he and Armando St. Germain sped through the damp, steamy streets of Calais at six AM.

“They don’t. They die at night and are discovered in the morning,” St. Germain said, trying to keep a cardboard tray of coffee mugs steady as Marquette took out his frustration on the car’s gas pedal. “Imagine Mademoiselle Francine. We’re used to gruesome scenes. But that petit fleur?”

“She’s still Mademoiselle for a reason,” Marquette cautioned, “Perhaps working for Countess Blanchard drove her mad and she killed the ‘ol Bavarian Fledermaus. Did Mademoiselle Francine have Slavic relatives?”

“Not listed in her dossier. But she once flirted with communism and the man who delivered pizza,” St. Germain said. He then crossed himself after Marquette made a two-wheel turn around a corner and hit the brakes.

They were detained at the front door by a uniformed man who delighted in verifying the identity of the two famous detectives enthusiastic to return to interrogating the curvaceous Francine who had fluttered into the station and sputtered a story about a loud crash and one long moan.

“Do we look like rubberneckers?” Marquette muttered when the doorman finally admitted them to the seventeenth century chateau. A dark narrow passage, snaking through millions of books stacked in the foyer, greeted them.

“Single file it is, then,” St. Germain said. “Which way to the body?” he called yelled to the doorman.

“Turn right at the first intersection” the doorman yelled. “If you turn left, you’ll end up in the library.” Marquette coughed from the dust, so he soaked half a handkerchief in coffee and held it gently to his face. St. Germain pulled a small flashlight from his pocket. Daylight had been killed in the manuscript mausoleum.

“He’s a funny one,” Marquette said.

“Our Countess was a hoarder,” St. Germain said. “But we all have our idiosyncrasies. Did she know she could’ve starred on reality TV? ”

“Not something a recluse thinks about, I’ll wager.”

The trail through the books led them to what St. Germain surmised was probably the living room, and to a seven foot cubed space. Here they found a rose colored upholstered chair surrounded and covered with books, and underneath, the barely visible blood trickles of Countess Blanchard.

Two hundred minivans and a hundred genres later, when the towering columns of books had been shortened to safety-sized stacks, Marquette and St. Germain came when the coroner called. He was removing the last of the tomes that covered Blanchard’s body and would the detectives want to see what was left? He peeled off the last layers of bound paper— The Poetry of Pushkin, The Brothers Karamazov, The Plays of Kafka, Anna Karenina— “Here is your murder weapon, Gentlemen,” the coroner said, handing them the heavy volume. “Have you read War and Peace?”

“Not in Russian,” St. Germain said.

“Well, Tolstoy was too much for our German Countess. He pressed heavy on her heart, and when his comrades followed, she didn’t have the strength to fend them off. Moscow crushed Berlin again.”

“And justice has been served again,” Marquette said.

The two men rode back to the station in silence, undone by the irony and pathos of Blanchard’s demise. The last forty years of her life were lived vicariously, never physically venturing beyond the written pages of her vast collection. Was it a ghostly Russian vyrana that obstructed her inner sunlight, or was it a case of literary suffocation?

Readers don’t live once, we all know this; they live and die thousands of times—as many times as they begin and finish a new book. Readers should want to die among the piles of immortal poetry and prose that gives them a reason to go on living, searching for beauty in humanity. – Tyler Malone