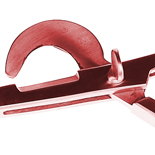 We’ve all most likely read Franz Kafka’s story about Gregor Samsa turning into a cockroach. We tend to remember the poor young man as he squirmed, legs-up in his bed, worried like all of us from time to time whether or not he was going to be able to get to the labyrinthine confusion of his daily workaday experience.

Unlike Gregor Samsa’s story, Jimmy’s story is real. All told, evidenced by his almost ridiculous position as a mid-level manager for an IT corporation, one in which he practically genuflected before the “true executives” even as he wore expensive suits, Jimmy was really nothing much. Like many who suffer anomie due to our yoked position as a white-collar pack animal, he did long for more, and often “more” ended-up as overindulgence of various hallucinogens and, of course, alcohol. He wasn’t all that handsome, although he indeed happened to be of the beefcake variety, something he worked at almost obsessively at the local L. A. Fitness. Yes, he looked like the musclemen you often see when the U. S. Army posts its propaganda photos of handsome drones with big, barrel chests and arms the size of a normal person’s thighs. Superficial women found him alluring. His money didn’t hurt in deflecting his flaws, either. Especially among the crowd of drunks that likes to call itself bohemian.

In fact, if you peered closely into Jimmy, you’d swear he looked simian. Monkeylike. But one thing he had going for him was his schlong, which was legendary among hipster women-clones. Indeed, his “thang,” perhaps his only real claim to fame, happened to be his penis, and more than most men who fall into the sex addiction racket, Jimmy used his quite a bit. In fact, Jimmy was known among the hipster-women-clones as a real good lay. He was so good at it that, at any point in time, he was pumping eight or nine hipster-women-clones, but how he balanced this plethora of whores indicated how much he cared about himself, not the actual women. Sure. The typically chesty female louts were happy with him, and because they really didn’t have much to say, talk was pretty much restricted to the simple oooohs and ahhhs of love-play and the obligatory Simon and Garfunkel greatest hits CD he used as part of his routine.

Jimmy was a “playa,” over at the club, especially around other men, many much more talented than himself, he had to be number one, Alpha Dog, El Supremo whenever it came to women. If she happened to be pretty, Jimmy felt he had the number one spot all wrapped-up.

Then the metamorphosis of the sex machine named Jimmy occurred. He woke up one morning with an unsightly, itchy lump on the tip of his wang. Going to the doctor, he learned he had gotten a case of HPV—genital warts. There was no cure. Who knows what alley cat had given them to him. It simply didn’t matter. But here’s the horrific part, something almost divinely determined for this modern day male whoremonger. Jimmy must have been particularly susceptible to genital warts, because in a matter of weeks, Jimmy’s love-thang became a knot of ugly, unsightly protrusions that not only altered the shape of his only claim to fame, it became life-threatening.

Jimmy’s crotch looked like a cauliflower made of warty skin and pubic hair.

Jimmy ventured back to the doctor. Surely something could be done to save him from this ugly, unsightly reflection of who he really was and how he viewed the world. Sure. He was all love all the time. But it wasn’t love, it was self-gratification. The doctor, trying to joke, called Jimmy Doctor Pangloss.

“Who is that,” Jimmy responded.

The doctor explained that Pangloss was the venereal disease-scarred antagonist, the Mephistopheles to Voltaire’s famed character, Candide, the socially-blind fool who believed everything in life was the best the world could be.

“Jimmy,” doc said, “this stuff could kill you. We’re gonna have to cut it off.”

Jimmy resisted, naturally. He didn’t want the only thing about him that made him feel worthwhile taken from him. But it was no use. The doctor told him surgical removal of his love-thang was the only way he could survive this biological mystery.

The surgery went well if you can call the extirpation of a whoremonger’s tool as something good. Jimmy survived. What remained was a little “love hole” he would catheter to allow him to do his business. But for all practical purposes, his so-called hipster-clone love life was over.

But the bug-like warts grew back. Even the best anti-fungal medicines could do no good.

Nobody’s really certain what happened to Jimmy after that. One story has it that Jimmy was last seen living in a homeless shelter. There he stood, the witness told his ex-girlfriends, in the shower with a bunch of bums, and all of them were laughing at him, calling him the “dickless wonder.” Poor guy, ruined by his misbehavior. Man-child in the scorched earth of his supposed promised land. Some around him changed their lifestyles; others barreled onward through their deadhead existence, looking to cop a little affection when time alone, of course, was the remedy all along.

Cross your legs and close your eyes. Think about how your decisions and desires affect your body, and the parts of your body you love the most. Grandparents always warn about things that rot your brain, but what about those things that rot other organs? Treat your brain and your other organs well, so says this cautionary tale. – Tyler Malone