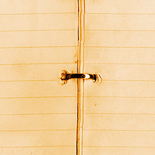 Lee wrote a poem every day. Sometimes two. He’d done that since he was fifteen. Now he was sixty-seven years old and retired.

Friday night, he decided to walk to a small bar that had a monthly poetry reading. Lee had been to absolutely no readings, so he wasn’t sure if he would like what he saw. Inside, there was a small stage. Four poets ambled up one at a time and mumbled into the mic. Sitting at a little table in the corner, he thought he recognized a line. “Ordinary life glows hyper violet and becomes a staircase leading into the unknown on payday”.

He couldn’t place it, but he thought he had written something very much like that.

After the reading was over, the thought crossed his mind that he ought to try and do something with his poetry. He ought to submit some stuff, he thought. He might like to have some poems of his published before he died. After all, he was an old man and the clock ticks down on everyone. Isn’t publication some kind of immortality?

To live forever is to live in some ratty little ‘zine that fifteen people would see.

Still, the idea was there and he knew he’d finally act on it.

On his way out, one of the poets was milling around, loading some boxes into the back of his van. Lee waved as he walked past. The poet flagged him down and gave him a gift: a copy of a hand-made ‘zine.

“It’s got some great writing in there, check it out.”

Lee thanked him and walked back up the hill.

Later, Lee opened up the ‘zine and flipped around. He didn’t know any of the poets. After all, what did Lee know about published poetry? Nothing, really. It wasn’t like Robert Frost was in the ‘zine. That’s the only poet Lee would have known. Walt Whitman, maybe.

As he flipped to the center of the publication, his heart froze. There was an all too familiar poem. It was about a man who was skipping stones on a lake and the stone just keeps skipping and goes flying up into the sky and causes the moon to spin out of control and spiral down to the earth, crushing him.

It was his poem! No doubt in his mind, Lee had written it.

He went to his closet in a stupor, pulled down his milk crate full of journals. He knew exactly where that poem was. He opened the old notebook and flipped to the correct page, coffee stained from long ago. The poem was called “Skipping Stones”. He’d written it 30 years before.

The poet in the ‘zine had plagiarized him somehow. Perhaps he had come into his room and leafed through his journals? It was insanity but it was the only way it could have happened.

It couldn’t have been a coincidence.

As Lee flipped through the ‘zine, he saw more and more poems that he recognized as his own. Nearly half of them were his, some written long ago. Some of them more recent. Each of the poems supposedly written by a different poet.

But line for line, each was exactly the same.

When the next reading happened, Lee came back, sat right up front and listened very closely. None of the poets read any of his poems, but each reader seemed to have a certain look in their eye. A fear, it seemed, as they regarded him in the audience, murmuring. Lee searched for the man who had given him the ‘zine full of his own poems, but he never found him.

Lee went to the bookstore at the county mall. He found a few very popular poetry journals, nationally published, nationally distributed poetry magazines and anthologies put out by some of the top universities in the country.

His poems were in there too.

They occupied nearly 75% of each of those publications. Each one he leafed through, there were his poems.

Terror filled and nearly debilitated him. It was so bad, that he just stood there for over an hour staring straight ahead at his feet, until one of the workers in the bookstore came up and asked if he was okay?

He went home and thought he was losing his mind.

Perhaps he needed to see a doctor to talk about these things—these hallucinations. Lee was frightened to think of that: that he’d have to see a psychiatrist. Would they put him into a ward? Would they give him shock therapy? Did they still do that?

He debated the idea of seeking professional help for the afternoon. One of the things he did do though was move all of his journals down from his closet. He locked them in his large fire safe in the basement.

Lee stopped writing. For the first time in his life since his fifteenth birthday, he went a day without writing a poem. It was a strange day.

Another day passed. And then another.

Then, Lee began to feel better.

It was a week without any poems being scrawled long hand in cursive in some composition book.

Maybe he was better off that way.

Then, in the middle of the night, men came into his house in ski masks and dragged him out into the darkness. A rag was stuffed in his mouth, a bag was pulled over his head. He was thrown forcefully into the van, taken away at high speeds into the hills.

When the van stopped and the bag was taken off his head, Lee was face to face with his kidnappers.

A notebook was thrown at his feet. A pen lobbed onto the floor, it skittered to stop at Lee’s feet.

“All right, keep writing and we won’t have to hurt you.”

Those notebooks and jump drives might not bring you fame, but they’re changing the world. Don’t believe it? Then stop. Let someone else lug art into the hearts of others. Then sleep tight in stupidity, thinking that the world won’t come for you at night. – Tyler Malone

Bud Smith is a writer from Washington Heights, NYC. He’s written a book of collected short stories called OR SOMETHING LIKE THAT and has a car that’s on the verge of catching on fire, so that is all he dreams about. Putting the car out before it explodes. Visit his site here.