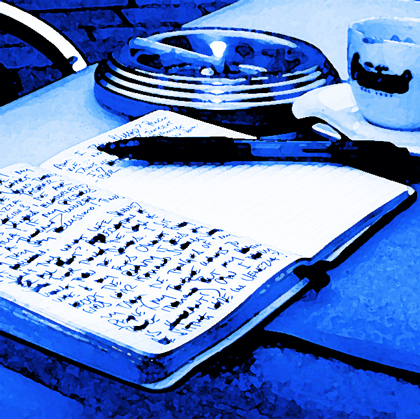 Somebody get me out of here. I have no idea what is happening and if you’re reading this, you’re an American (maybe) and you must, by the law of culture, help me out. We do have only a little control of our lives as we know in our lizard brains that life itself is totally out of control. If any of this rings true in any sense, let me spill the details of my personal circle of hell. Yes, you should have read Dante if even as a twenty-something while you lived in an attic of a German woman’s apartment who was studying to be a nun, and who you saw in her underwear (plum-colored) during your student days in the humid fields of Iowa at that famous school that is really famous for being famous and not much else. When you flinched she called you a “prude” and you didn’t even know what it meant. What follows is worse, so much worse that it feels like it happened and will not stop happening. Like a memory stuck on On in the brain.

I am currently all alone in of all places France and my only link to the outside world is the terrifying, loud, over-peopled outside and the friendly square face of the Grundig television set sitting on a wobbly red Formica table. With just those two items to focus on, nothing is stopping time from being 1967. Modernistic design. I’m in a room that is a basement that has storage areas that are sealed off with wooden doors shaped like cage walls and painted white so that the bar-ness ness of them are highlighted due to the extra blackness of the darkness looming behind. To not lose my mind (a survival/maintain mode), I am watching a “lovers” show that is somewhat similar to the Dating Game of the nineteen seventies although not half as funny in a different language and the prize this time around for knowing what a partner may answer to an utterly frivolous question is an impossibly tiny video camera that is shaped like a mini-vacuum cleaner.

Aren’t all game show prizes a lifetime supply of Rubik’s cubes? The show that follows the funny romantic one is “Toute Le monde Deteste Chris”. I change the channel and I see a naked man with it all hanging out exit a bathtub that he was sharing with a beautiful red-headed lady. Talk about your free association.

There is always the temptation of the beach with its topless women splayed like lizards, flopping out their breasts like undercooked pancakes under the hot, hot sun. A guy will never score with any one of these shirtless, strapless beauties even though his body is perfectly skinny and ripped and his glasses are dark and perfectly cool (probably Ray Bans) thus the outdoors becomes a public scenario of the folly of the singles’ bar with invisible walls between scantily clad men and women and it’s all so visible for the viewer to see. Women basting themselves in sun tan lotion, oiling their breasts like Vegas strippers who just don’t care as happy families take in a formal lunch at restaurants sur la plage and it is really much more skin than ever needs to be shown but oh well.

Sometimes even the naked ladies smoke.

Or there is the café scene that is hit-or-miss at best. First of all first of alls, it takes a l-o-o-o-ng time to even get a waiter or waitress and sometimes when you succeed in gaining the attention of one of the prima donnas, it turns out to be a pissed off female version of Howard Stern.

For as many women as there are, there are two times the amount of men (does this sound familiar?) but think of it from a man’s point of view: the rare and pristine packs of ladies are very beautiful and are speaking fast, quipily, and this is what it’s like to watch sirens who go out for a bite to eat in this morphed Greek civilization that just loves to wear the right shoes.

All I really know at this small café on top of a hill that gets the breeze off the Mediterranean (making the crowded beaches obsolete for city dwellers in the summer) is that this is a viable center of the world. Everything one needs is totally accessible. Such as Chinese/Portugese/French/Indian food, plus really good pizza, plus happy people, plus tiny grocery stores, plus poulet rotis, plus the possibility of numerous bars, plus American cigarettes, plus cool boutiques for clothes and shoes, plus a place to get a haircut, plus a cash machine where unfortunately the American dollar is 1.55 Euros, plus beautiful, happy people, the kind that can be seen only at U.S. airports.

If I could accurately, as with video or digital photography, tell of the beauty that is readily available here, I would but I have only words. I am now watching two women at this café talk as one of them takes care of her feet with a toenail clipper (the tables are near a curb) and I can only lift my glass of pastis as a silent gesture of approval. Her toenails are painted purple.

At six p.m. life at the café is just starting to happen. There isn’t a thing to do but watch them watching you and to tip small because waiters get paid a decent wage. When tips are given in an American way, they bow to you and make you feel like you are royalty. I wait on France as if I am its servant and I know that in my heart of hearts I will never leave here until I have to piss so bad that the garbage cans down the street, my only friends, call my name and invite me in.

If you want to hide from the world, just head out your front door, no matter how dangerous it is; even if it’s full of humor and horror, you’ll find yourself looking closer and finding more. You’ll find insanity and reasons to never look into yourself. Then, even outside, even in public, you’re a doomed couch potato, with garlic breath and the complexion of bacon fat. – Tyler Malone