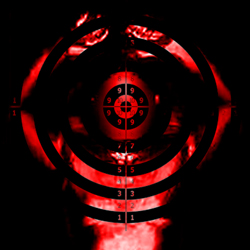 Neville had always told me that he pictured himself from a very young age as the type of individual who was very successful and powerful. He dreamed big. He said at the age of five instead of playing Ninja Turtles with his friends, he was El Capitan, the commander of a vast army, busting down the doors of citizens and exerting his force. Fortunately, Neville had no military experience and probably never would. There were other things about his aspirations that were more humble, opening a business or something that would generate net worth or fame, or both. What he hadn’t told me, as he explained on the way to a private airfield, was that he had won the lottery. I was stoked for him, and could certainly understand why they had insisted on paying for the trip. A private airplane was something he always wanted, and flying from western California to Las Vegas was a quick trip by plane. Neville was ebullient. We could drink and just relax. Neville also knew, as well as Raoul and Gladys, that to fly, this would be my preference: private and not having to deal with the hoopla of current airport security. That’s right, we live in the year 2012 and security is the fad with politicians and big government, and let’s not be bashful, because the TSA workers weren’t with their groping and touching. I didn’t prefer to fly publicly because of the goons who ironically cop out on their own rights by violating others. The TSA, the “Traveler’s Security Agency,” a security agency contracted by the government are responsible for running security checks at airports. Some argue, they are just doing their job being part of the TSA and so one cannot really blame them. They are people just like you and me. And I never denied that. These are well meaning people, just trying to make ends meet one way or another, but it is also important then, that these people understand basic rights and, like diligent military folk, uphold their oaths and not infringe on the rights of others, regardless of chain of command or bureaucracy or paycheck. Of course, it’s a job, so I guess it’s not the same. And, of course, I had friends and associates who did not care either way. Members of my family, for example, were adamant they didn’t mind being felt up or microwaved in a big DNA microwaver. In fact, they insisted the radiation was healthy for them in a joking manner, and that they loved their healthy green glow, or that it staved off cancer. What was unfortunate was all the unknowing TSA employees who were constantly exposed to the radiation of their own machines.

Gladys had had her own run in with the TSA. They were actually in the process of filing suit against the agency. Gladys is claiming charges of sexual harassment, among a few other charges. She’s really going for the jugular on this one. Gladys is quite happy with the private plane.

We landed smoothly, buzzed off a bottle of champagne Neville had been saving for his plane’s maiden voyage. He was tempted to smash it along the side, but we had convinced him to drink it instead. Flying into Las Vegas was fun. The run of homes and retail centers all leading to the strip of new hotels and casinos, all tiny little boxes growing, growing till lavishness and verbosity, elegance and grandeur are the order. My heart smiled as the wheels touched down and we bounced ever so slightly in Neville’s non-descript personal plane, and the personal pilot, like all personal pilots in the imaginations of all, cleared us to exit, opened the hatch, and dropped the stairs. Neville stood at the top, a wily prince with an empty glass of champagne.

“Now that’s how I arrive!” he screamed and threw down his glass, it shattering on the concrete. He stepped down; we all followed. The captain opened a hatch on the back and began to unload our luggage. Raoul smiled. The sky was blue and the sun was bright, a stiff breeze carried the heat away and cooled the tarmac.

Touch me, TSA! When I feel lonely, I head to an airport; things get nice and cuddly there. There’s irradiated hands in my pants and terrorists in every seat around me. I love those. I’m only worried about the blind strangers selling pencils. They might smell how terrified I really am. – Tyler Malone

Michael Aaron Casares lives in Ausitn, TX. He is the publisher behind Virgogray Press, an independent publishing house that focuses primarily on poetry and independent artists. He is also editor of Carcinogenic Poetry and Nothing. No One. Nowhere. His book, This Reality of Man (Lizard’s Tale Press, 2011) collects several poems, some published in journals, such as: Eviscerator Heaven, Heavy Bear, Gloom Cupboard, The San Antonio Express News, The Clockwise Cat, The Austin Chronicle, Calliope Nerve and others.