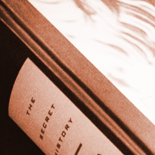 I guess it all started one day in November. I had recently extracted myself from a relationship that I will not mention to spare myself any embarrassment that I might have brought upon myself. I was a fool to think that anything would work with Linda. She wanted to settle down to a life of banal necessity. I played the role I thought she wanted me to play. She talked about Sunday mornings, hot coffee and newspapers. She talked about summer picnics and eventually she talked about marriage and children. I went along with all this, encouraged it even, until finally I could not keep up the charade any longer and my despondency with this life reached its apex. I extricated myself from Linda without even an explanation.

The next few months are difficult for me to recall. The depression and the unsuccessful suicide attempt. I realized that something was fundamentally wrong with me. I am not a normal person. My heart is all wrong. If I had to try to diagnose what my malady was I probably would say I have a strong abandonment complex, which stems from my mother leaving when I was four. My father raised me the best he could. I feel loss and separation more strongly than anyone I know. Although for some reason I do not even think that that was the cause. I did not want to be part of a structure that defined me or a pattern that anyone with a degree could associate with my behavior. In that certain experiences of depression trigger fear and shame, which in turn activate inner critic cognitions. These then activate a fight, flight, and freeze trauma response.

I did not want to be associated with this.

I knew this problem was not indigenous to me by any means, but I felt that I could not discuss it with anyone either. Only when I was the sane, funny Xander did anyone want to have anything to do with me. The morbid, insecure Xander was a pain in the ass and I felt a burden to my friends. It was also my defining characteristic and it made my life a living hell. That’s when everyone I knew started to pull away from me.

Perhaps I was not cut out to be in relationships. Perhaps I could just keep on having meaningless affairs and be a bachelor for the rest of my life. I knew how to do that. I knew how to be alone. I was good at it. I would not hurt anybody. Perhaps the best course for me would be if things did manage to progress that I could be a friend and confidant. If I started out with that simple codex things would be a lot simpler. I did not want to ride the mechanical bull of relationships over and over again.

Why was I this way? I think it had something to do with a girl I was involved with while I was studying drama in college. I thought no barrier that I ever came across could stop me. It was the unstoppable force meets the immovable object paradox. Then the years went by, and my relationship ended, and a little bit of my soul went missing.

I floundered around from crappy job to crappy job after graduation, never once fulfilling the talent my drama professor said I had. I drank too much. I started to sleep with women of all shapes and persuasions. I invariably woke up every morning with a kind of mental darkness that shrouded me like a cloak. I felt anxious and most mornings I would forget if anyone was sleeping next to me. If they were with me, I just stayed in bed and waited until they left.

I started to feel better a few years later. I let go of the regrets of my past and decided I had a choice. Either to handle things poorly or to try to handle things well; it’s still a day-to-day proposition. Hope is the only thing that sustains me, that one day something or someone will happen to me that will profoundly change my life.

She came through the door on a Tuesday. I was sitting in a café in a non-descript part of my neighborhood after I was hiding out in the cinema for most of the day. She sat across from me. She pulled out a worn copy of The Secret History by Donna Tartt. I leaned over and told her that it was my favorite book. That is how I met Milly. I moved in with her a few weeks later. It somehow worked. It was overwhelming at times, although I felt like this was what normal people do. So I persevered. It was heavy, but not as heavy as it could be. It was remarkable that I felt content by just playing Scrabble at nights instead of drinking; even trips to the public library were productive.

Slowly by degrees I started to re-enter society. I started to look up my old friends that had forgotten about me. Milly became fast friends with them. They commented on my change of demeanor and I credited Milly with this change. All was forgotten about my past transgressions, and although it was overwhelming, I tried to hold on the best I could. I still have moments when the tears I feel inside me do not flow; they just sit in my eyes making everything easier to look at. These are usually the times when I feel that this day might be my last.

All that disappears when Milly holds my hand, looks into my eyes and says I do.

I won’t mention my pain, but get ready to hear my sorrow. But through my misfortune, you’ll find how I grabbed a hold of my golden calf’s horns and rode that beast until it dropped. Maybe you will do the same, after I complain? You should do the same, but hear my story first. – Tyler Malone