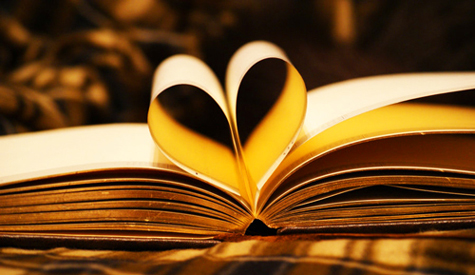 It begins in the present. A man sits to write letters. He finds his pen has no ink, but continues to write. This solves the problem of his fear: it frees him. So he writes the letter, puts it into an envelope, addresses it invisibly and prepares it to be mailed. Satisfied, he begins another. And he is freer with every stroke of his pen: there is no fear left. Invisible letters, he can write everything he needs or wants to say.

So he writes love letters.

There is a flashback to the past. A man places pink tape on the floor. Pink: romantic, the symbolic color of love. Yet it is tape, making lines on the floor. It is a journey. All he can see is the tape, the color suggests what is to come, but the man is laying down the tape, his own journey, unaware that there may be a destiny beyond his travels. He makes a route and that goes far out into the room and back, the tape line ends near where it began, at the desk.

This is a flash forward. Whatever was to happen has already taken place. He has met her, and he has fallen in love. There is a moment in the present again—he is at the desk, but then he lowers himself nearer to the floor where the pink tape line begins.

He finds several sticks of different lengths. He moves along the pink line, leaning over, using the stick he has chosen like a cane; it makes him a certain height, hunched over. His cane is a certain length, like his length in years. How long has it been since that first journey? His cane is not the shortest, not the longest. He passes by some sticks that jut into the room from a wall. He changes canes so that he is walking taller. He snaps the jutting sticks with his chest as he passes by them. He is younger. He has overcome an obstacle in his path to return. In a few more steps, he has changed his cane to a smaller one. He leans farther over as he passes under sticks jutting from the wall there.

He is older, much older. He has avoided some obstacle by his age. Perhaps these sticks might have been better broken. This happens as he passes from cane to cane, from age to age in his life, as he tries to make his return, and he follows the same path, but it leads, like memory, back to the present, and to his desk. We can’t tell what has happen, we can only tell that he has tried to return, and the experience he had has lasted through time.

The present time: The man is at the desk, again. He writes another letter and places it in the envelope with the invisible address, and the piece has ended. Again, it is unclear. But it is clear he has committed himself somehow to this presence that he carries with him, and that it somehow instructs him, and guides him on a path of returning.

The old sticks and crutches we lean on keep us going because they’re all we know, even if it’s uncomfortable and awkward, we’ll carry on, holding on and limping around just to write invisible brilliance and honest, sweet things to those we say we love, like writing into water, but we drove away a long time ago. – Tyler Malone

Lewis Gesner is an experimental writer and artist living in Taiwan. He exhibits, performs and publishes his work internationally, and is a member of Mobius artist group out of Boston, Ma. US copies of his paperback book titled "In the Shadow of the Still Hosts", published by Whitesky Books, may be found here. And three of his ebooks, also published by Whitesky Books and available for free download, may be found at this address.