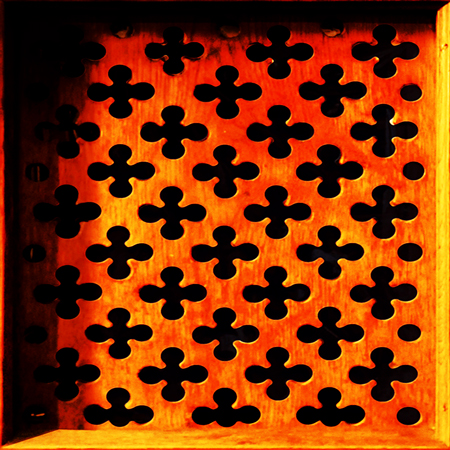 I think the worst part of this whole story is how few details I remember about the guy. I don’t remember his name, but he worked as a bartender where I was a waitress. He had a real job, too, somewhere in an office. I remember that part because one year I needed my tax return postmarked on the 15th of April and he was able to do it with some machine at his job. I also remember he wanted me. Once, I went to his house, or apartment (it’s foggy), and we watched some awful movie. It was about this gang of homeless guys who lived in some weird complex and they ended up raping some hooker to death. Worse still, it was supposed to be some kind of semi-funny B-movie. And I remember that his apartment smelled like a guy’s dorm room-feet and beer.

Anyway, his work was sending him, and a bunch of other guys from his job, to Los Angeles for a convention. His co-workers were getting their wives and girlfriends flown out for free, so he asked if I wanted to go. Free trip to LA? Sure, of course.

I had only been once before, right before my grandfather died. That trip was weird and brief, and I mostly remember my mom and grandmother fighting about the fact that my mom wasn’t really there to sightsee, which somehow really offended my grandmother, who was totally nuts, like actually nuts, not just grandma crazy, but hospital crazy. My grandmother drove us around like a maniac one day and I remember the La Brea Tar Pits and not much else.

Anyway, this guy whose name escapes me and I flew out to LA and I don’t remember the flight or the hotel or very much at all. One day we met up with his friend, John, whose name I remember for some reason, and was blond and drove a Jeep—a real Jeep without a top and not much suspension. John took us out to see LA’s sights.

This other girl I knew had lived in LA with A guy who had ended up being roommates with Micky Rourke, and I called this guy and he said to stop by. Turns out, this guy was now living in a trailer in the middle of absolutely nowhere. When we got there we were all considerably shocked. There was nothing but dirt everywhere, no plant life at all, and even more startling was the large piece of plywood covering what had once been a plate glass window on the front of the trailer. When I knocked, all I could hear was a vicious dog on the other side of the door going totally bezerk. The guy answered. I tried to say hi and make small talk about our mutual friend, but he was desperately trying to restrain his deranged Rotweiler, so I was a little distracted, not to mention terrified. The worst part was that he really was in the middle of nowhere and I had to pee. And I mean, really had to pee. When I asked him if I could use his bathroom, he said it probably wasn’t a good idea, but I told him I wasn’t really asking, so he conceded. He held the dog as best as he could and I ran to the bathroom. The dog was on the verge of a homicidal rampage the entire time. I remember that all of his furniture (there wasn’t much), and every wall was covered in mud. The mud ran about maybe five feet up, where the dog had climbed the walls. While I was peeing, and the dog was barking and growling and going nuts, this guy was half laughing telling me that the reason he’s got plywood over the window is because the dog went crazy one day and jumped through the plate glass window. I peed and then I got the hell out of there. Yeah, man, I’ll tell Sharon you said hi, see ya.

John ended up taking us to this cool little bookstore run by an old guy named Red. He had a ton of rare Bukowski books, signed Bukowski books, all things Bukowski. Red was a minor celebrity himself, as he had been friends with Bukowski. At the time, I had never heard of Charles Bukowski. But I liked Red, and I ended up buying Love is a Dog From Hell. I’ve been a fan ever since.

One night, at the hotel, where there was just one bed by the way, the guy started kissing me. I kissed him back, sort of. Then he tried to take it further. I guess the assumption was that I would fuck him since he had flown me to LA and I hadn’t paid for anything except a book. But I ended up just saying I didn’t want to. I rolled over and went to sleep.

I don’t think I’ve thought about that trip in a decade. It happened at least 20 years ago. I feel bad for what I did to that guy—for using him for a trip to LA. I know I’ve done so many worse things, and that I should probably be confessing for all the times I did sleep with a guy for not much more than a trip to the movies. But, when I did those things, I was really lost. When I went to LA, it was right before I made my final wrong turn into darkness. I was still in the light, even if it was dim. Suddenly it’s become important that I say I’m sorry and that God forgives me. And I was thinking that if I hear you say it, Father, I might believe that He does.

I only know relationships with me are difficult because I am a pain in my own ass. But the gentlemen who wrote the books I read, I’m close with those guys; their paperback-bound lives made me. For a lot of people, ladies and lads, they don’t know what a man is until they read that one writer, and in some cases, it’s a man who thought his own ass was worse than any other on the planet—the poet laureate of Skidrow, Charles Bukowski. So, hooray for LA! Let’s get to know God with a salvation story from the gutter. – Tyler Malone