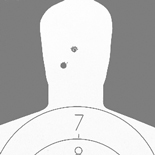 Zenobia Jackson told Officer Murphy that her husband Rufus was 73 years old and a wonderful man when he was awake, but for the past year he had been jerking. Something terrible during his sleep and had kept waking her up. He’d swing his arms, she said, like those martial arts men he liked to watch so much on television. When the bouts were over, he’d give her a big kiss on the forehead and go to bed.

In the last month, however, Rufus had fallen out of bed three times, fighting in his dreams. In the morning he’d tell her he’d been dreaming that he was in a fight at work or back in high school many years ago. Sometimes he dreamt he was shooting at burglars breaking into their house in the old neighborhood. That’s why they had to move to a different neighborhood and why he bought a gun, a little pistol he kept under his pillow just in case he heard someone in the house. You can’t be too careful these days, he told her. He even taught her how to shoot the gun one night when no one else was on the tennis courts in Sherman Park. He said she was real good. Not many women, he said, can aim straight.

But last night, she said, he was dreaming again and swung his arms at least ten times, like he was chopping sugar cane back in Louisiana before they moved North. He caught her with an elbow to the eye and then another to the nose just as she was ducking. That’s why she looks the way she does, she told Officer Murphy.

Long ago, she had stopped trying to wake him when he was thrashing about. It was because of the pistol under his pillow. He had reached for it one time right after she had shaken him. She had screamed and that woke him up and he wasn’t too happy about it. He said he couldn’t get back to sleep the rest of the night. And he wasn’t lying because she was awake all night, too, listening to him grumble and curse.

Just a week ago, she had taken him to a sleep clinic where he had stayed overnight. The doctor said he suffered from sleep apnea but she had never heard of anyone with sleep apnea thrashing and kicking about like her Rufus. She had a lady friend in the choir at church whose husband had sleep apnea but all he did was snore too loud, her friend said, no thrashing about.

“So that’s how it happened,” Zenobia told Officer Murphy, who was busy taking notes. Rufus had reached under the pillow for the pistol and she had to stop him.

Take two at night and call me in the morning, that’s the prescription Mr. Mahoney tells us to follow to stay safe and protected against the ones we crawl into bed with. Sweet dreams. – Tyler Malone