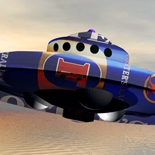 John sat on the back porch of his house in the western suburbs of Sydney, drinking from a can of Fosters and looking at the stars. Nothing out of the ordinary up there tonight, he thought (not that he really knew anything about astronomy, though he did spend a lot of time drinking in his backyard and watching the night sky). Of the two he would make a far more professional and efficient drunk than an astronomer. He finished the can and started another. He had already drank half of the carton of beer he bought a few hours earlier.

It was a mild summers night. There hadn’t been a drop of rain for months. It had been a dry summer (for the earth, that is). There was not a cloud in the sky and the stars shined at their most brilliant. John was in a trance. Drinking and looking at the sky. It had been a long day—a very long day. A bright light then came out of nowhere and blinded him. It was like his next door neighbor had shined a police torch on him. He lost all sight momentarily. When he regained his vision he could see what looked like a flying laser beam heading towards him. It was all happening so fast he didn’t really have time to do anything. Probably wouldn’t have done any real good anyway.

His whole life was full of bad choices. A few years ago he tried to break the curse. He was in his second year of marriage to a beautiful wife. He had a good job, nice car, and great house in North Sydney. His instincts told him to stay married. So he did the exact opposite. He now rents half of a beat-up house in one of the worst suburbs in Sydney; he’s single and unemployed. I guess I was born to lose. Not so bad. At least there are no surprises or false hope for something more, he quite often thought to himself.

The light continued towards John. He was now in a complete state of terror and shock. He expected the worst, and nothing else. This must be it. This is how it will end for me, he thought. Killed by a runaway beam of light on a Friday night, while drinking a beer in my backyard, which sounds absolutely ridiculous, but at the same time, sounds about right, he thought.

The light turned into what looked to John like a giant tin of Campbell’s Soup and stopped above his barbecue pit and just hovered. He heard some yelling then a chute opened on the front of the hovering tin and something fell out of it onto his gardenias. Shortly after, the flying container started up again and quickly disappeared out of sight.

John walked over to the fallen object to see what it was. It looked like a person. A very ugly person. It was tiny, about four feet tall, with grey skin, and big eyes. He’d never seen such eyes. It was as if whole worlds existed in them. It actually reminded John of his ex-wife’s mother (minus the eyes, that is). It was laying there in a kind of fetal position. It looked like it was in some sort of pain. No, it wasn’t pain; it looked like it was really drunk. It was drunk! It then vomited on John’s foot.

‘You drunk bastard! You’ve ruined my gardenias. It took months of attention to get them like this. Now you have killed them,’ said John.

The visitor stood up slowly and awkwardly. It looked John in the eyes. It didn’t appear well. And let loose with a fountain of vomit that covered John’s entire shirt. It then gave its mouth a wipe with its left hand, burped, and seemed to regain some sort of consciousness. It told John that it was an alien and it would like a beer. John had had it. He went to throw a punch at it. The alien just stared at John and he completely froze. He was like a statue. Unable to move even an inch.

When John regained mobility he asked the alien how he knew about beer. The alien told him that he knew everything that he did. He was his controller. He programmed his every action. John was no more than a character in a video game to the alien. ‘Bullshit!’ said John.

‘Have you got a hard-on?’ said the alien.

John could feel his cock suddenly broomstick hard. ‘Look what else I can do!’ said the alien.

‘You never complain when you’re sleeping.’

John walked over to his half carton of beer on the back porch and got one out and gave it to the alien. ‘I’m going inside to clean myself up,’ said John. John locked the door to his bathroom and took a long hard look at himself. Was he going crazy? Had he been getting hard-ons all this time from the alien? Bright lights then shined through the bathroom window. He quickly opened the bathroom door and went out to the backyard. The alien was gone. So was his carton of beer. He decided to have a few shots of bourbon. When he looked for his bottle in the refrigerator, it was gone. He noticed that there was a note on the refrigerator door. It read:

I’ll see you in your dreams.

From down under, Mr. Booth sends us visitors from up above, where the third kind will rob your refrigerator before they probe you. But I don’t know which is a worse assault on a person’s dignity. When it comes to extraterrestrials or the terrestrials we see on our common terrain, it’s hard to be to be more than a little disappointed. And that’s what we get for having expectations. – Tyler Malone

A bit about Brenton: Brenton Booth lives in Sydney, Australia. Writing of his has appeared in many publications including Chiron Review, Mas Tequila, Review, 3:AM Magazine, Tree Killer Ink, Modern Drunkard, etc.