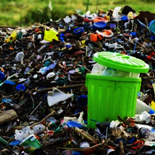 “Out there it’s bloody, fucking chaos, mate” He spun on his left leg. The apron settled in front of him, he began shaking the spatula at the younger and then turned back toward the stove. “In here, you think about it, and the whole fucking thing seems simple enough, yeah?” He pressed down into the skillet and something seemed to shriek, as he resumed too quickly to allow a response. “Simple enough and straight about too. That’s how things are. If you can find that in here you know that is how they are. It is so elegant that you’ll know when you find it, that all it takes is to express it and like the lights mate, you’ve got it.” He moved his arms around a bit in a restrained motion in front of him and then turned toward the table that the younger male was sitting at. He walked to the table and placed two plates on it. “It’s so simple; yet out there, it’s bloody, fucking chaos.” He sat down and then looked directly at the younger. “Now eat up, mate.”

It was especially when the younger male sat on the hard floor of the living room, staring at blocks with sunlight cutting through smokey, dusty air to strike whatever was in its path, that the younger went, in his mind, to something nice and simple. Mostly he sat there quietly with his legs crossed and his hands palms up, one holding the other, and both resting in the center of his legs. The sounds of his neighbors were a varying ambiance that was internalized as well as unrecognized.

The younger could smell the older male and hear his body any time he was there. The older spoke loudly sometimes, and he liked when the younger looked at him while he talked. According to everything the older imparted, all the things that the older said would be of benefit, but it didn’t make sense because the younger had already found the simplest and easiest way. When he was polite, some people gave him what he wanted.

“Get up. We’ve got to get the trash out of here, now.” The older man was wearing a plain white t-shirt that had a number of holes widening around the neck line. In his pocket rested the soft package of cigarettes that had the visual appearance of a decoration. The younger rose and walked to the kitchen to open the cabinet beneath the sink. The large green plastic trash can had been with the older man longer than the younger had. The rim was worn, revealing a number of wide holes. And pieces of the lip would crack off when lifting the can by the lip. The older man would lament and attempt to reinforce in the younger the importance of not breaking off any more of the lip. “I realize that that can is getting old, but every day that we make it last from now on is another day that we save the cost of replacing it, it’s like overtime. These points are important. Do you understand that?”

The younger would nod his head in the affirmative. The younger would inform the older when another piece of the lip would break off, because it was important. What was actually real in his mind was the can could be used long after it had no lip and that a broken lip was no reason to stop being polite and to get what he wanted.

A wrapper spun at the base of the hallway’s wall. A piece of string swung at the top of the stairwell. He pointed the toe of his shoe at the spinning wrapper, then across a seam with a thump. Another thump against the angled concrete above the stairs. Another fainter down the hall. The light grew brighter and brighter. He reached the bottom step. The last on the left. The door was the end. Light streamed and spread around the darkened concrete wall. Light from above and up the steps on either side of the wall ahead at the end of building. The light came up into the hall and just past the last door on the left where he now stood.

He touched the handle, then knocked. The tiny dent at the upper left was always a comfortable resting spot for the ring finger of his left hand. The knob turned and the man pulled the door open. The boy stepped inside and rubbed his left eye with the meat of his hand.

“Got the trash out quick didn’tcha?” The man pushed the door behind the boy closed, he then walked into the living area and sat on the couch. “You know, when you don’t take out the trash, I have to walk out to the left, down the short steps and all way ’round. The banging stairs you bound up, I can’t take anymore.” The man sat there with the television for a moment while the boy sat down on the hard floor. “Chinga. Never get like me, ya hear. And would’cha look at that on the screen.?” The boy lifted his head in the direction of the screen. The two watched as a news story was read and text scrolled across the bottom of the screen.

“They’re screaming overthrow him. I’m wondering where’s the bloody dictator supposed to dictate the people that want to be dictated when we give the country to the people that want to be free.” The younger watched as some diminishing flames and embers lit part of the otherwise darkening room in a brief image. “But out there, it’ll be a lot of bloody fucking chaos before it’s over, mate.”

We’re all tiny dictators in our own tiny little ways. Give any one of us any amount of power, and we’ll take something away from someone else. And we’ll say we’re doing them a favor, too. We’ll say it’s because we don’t want them to be like us. But soon, the only option left, is for servant to become just like the master. – tm