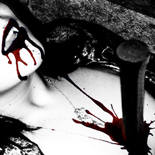 I still can’t believe it, it can’t be real. There must have been a mistake. They can’t really be after you. You’re one of the nicest people I know, one of the most protective people I know. What you did shouldn’t have surprised me. I should’ve seen it coming.

You’ve no idea how incredibly guilty I feel. I should have learnt to fight my own battles better. I can’t always be relying on you, my wonderful big brother.

It’s all my fault. They’ll kill you if they find you. Mum and Dad keep telling me not to blame myself, but I can’t help it. I don’t know how they can be so calm, they just sit there talking, with their mugs of ridiculously-sweet frothy coffee and their plates of sugar-coated chocolate biscuits. They must be in shock. I am, or at least I was – I don’t know anymore.

I don’t sit with our parents a lot now, it’s too – what’s the word? Crampt? Pretend? Sad? In this house I feel like a caged up animal, a cat maybe? A tiger, yes, a tiger pacing up and down, up and down, unable to escape, from the nightmare this house now holds. I can’t even sit still anymore, I want to do something that will help, but I don’t know what. I want to scream, but I can’t. My voice, my roar, goes unheard.

Will I ever see you again? Alive, that is. Over and over, I glimpse you in my mind as I recall the look on your face when I told you. You were furious, so, so angry. Smoke could easily have come out of your ears as the fiery rage took over your mind, blinding you. Your eyes glinted dangerously as your brain effortlessly calculated revenge. The revenge that will kill you.

Everyone’s looking for you. They want to kill you. But you’re very good at not being caught. You’ll be constantly on the move, prowling about, traveling silently, fearlessly finding new territory. You’re the tiger, not me. I doubt that they’ll find you.

The police keep coming round to our house, sitting in the front room, smiling at us sweetly. They’re convinced I know where you are. I don’t. Maybe that’s why I feel so awful? Maybe if I knew where you were I’d feel better? I could come and help you then, just as you always helped me.

I hate it when the police come to our house. They make me feel like I’m a criminal. Like I am the bad one. But then again, maybe I am?

And everytime I see those officers I relive that night. I hear the vampire at the last moment, as he sneaks up on me, feel his cold hands on my neck as he chokes me. The horrific threats ring in my ears, entwined with his evil laughter as he drags me – a feeble, weak human girl – to his underground lair. Maybe it’s his cellar, maybe it’s his dungeon he keeps specifically for this purpose? I don’t know. All around I can see the drab, grey crumbling walls. The gunge and grime that plasters every surface. The huge spider in the corner that eyes me suspiciously, almost knowingly – maybe it’s his pet?

I feel his teeth on my neck as he bites me, teasing and torturing me, all for his own fun. He laughs at my weak struggles. His fangs tear my skin, my blood splatters everywhere as he drags my pain, my death out. I can’t think, can’t speak, can’t scream for help. Of course he’s planning to kill me eventually. But not after he’s had his fun.

Even now, when I know I’m safe again, I can still taste my own blood now, as it if is still rising in my throat, choking me, killing me. Part of me will always be in that dungeon, trapped forever in unbearable agony. Unable to move, apart from in and out of the mists that come for me. He’s still hurting me and he’s already dead. He was dead before, and that didn’t stop him, maybe this one won’t either.

The police were most interested in my escape, after all no one else has ever left a vampire’s clutches before. I’m a survivor, that’s what they told me. But I don’t remember how I got away, I only remember opening our front door and telling my family everything. I told you first, didn’t I? I always go to you first. I don’t know why. It’s my instinct. I told them how Mum stayed with me, comforting me with her soothing voice, how she treated my gruesome injuries, how pleased she was that I’d come back alive. You and Dad went out, but at least he came back. He’d just been out to get a breath of fresh air. Not you, eh? You’d gone out for more than that. They asked me where you went. I didn’t know. I still don’t.

It turned out the police did know; they showed me the CCTV tape.

I saw you kill him ruthlessly. Heard his screams, his plees. You didn’t listen. You were blinded with fury, anger. Because of me you killed an endangered animal, and now they will kill you.

But, I am glad the vampire’s dead. He deserved it. Everyone knows he deserved it. But, of course, in a town where a handful of these endangered monsters live, we can’t ever register our thoughts. They’re free to do whatever they want and we can’t even speak up against them. Freedom of speech? Ha! I don’t think so. Not here in this town, not now, not when the vampires are constantly watching us, always looking for new victims. They are the tigers, the ones who should be hunted. Not us.

“Vampires have served as metaphors for many things or states-of-being. Society is filled with energy-draining people, for example, people who take by force and never give. Now, enter a world that’s become the very crypt….Bwa-hahahahahahahaaaaa!!!!!” – gh

Madeline Dyer lives on a farm in Devon, England, and has a strong love for mythology and folklore; this in particular inspired her to start writing fantasy. She is currently working on a young adult fantasy novel.

Madeline on the web:
MadelineDyer.co.uk