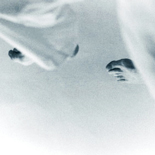 Melissa disliked it when people at the residential care home call her grandmother “Dearie.” She knew they meant well, but she found the word annoying, condescending-like. So one day she told Grandma how she felt.

“There are worse things they can call me,” Grandma said, smiling. “Dearie’s all right. I’ll take it over ‘old bag’ anytime.”

Melissa laughed. She was amazed that someone so old and frail could still be funny.

Grandma had been living at this home in Campbell for two years now. Melissa’s mother had moved her there from another senior community to be closer to their family.

At first, Melissa didn’t like being alone with Grandma. She felt awkward and didn’t know what to say. She found Grandma hard to look at, too. She was so pale and skeleton-like that she reminded Melissa of death camp survivors from a Holocaust documentary she had seen last year in world history. And now Grandma was almost always in bed with a catheter attached to her. It was sad to watch.

But her mother had asked her to make the visits. “You can drive now,” she said, “and it would be a big help to me if you saw her a couple of days a week—just for an hour, nothing more. She loves having somebody to talk to. And, to be honest, I don’t think she’ll be with us much longer.”

After Melissa came a few times, she was amazed at how bright Grandma’s face began to look. Soon Grandma had one of the staff fix a Coke and some cookies for Melissa to have during her visits. Grandma enjoyed hearing Melissa talk about her classes, which colleges she was looking at, and her friends. Grandma liked to talk, too. Usually, it was about things that happened long ago: the Depression, acting in high school plays, Fred Astaire movies, graduating from college when few women did, World War II, her “disastrous” first date with Grandpa, the day men first walked on the Moon, the day Grandpa died, so many days.

“You sure have a lot of stories,” Melissa said once.

It seemed so unfair, Melissa sometimes thought, to be that person in that body. It seemed like someone had played a cruel trick on her.

One Tuesday morning about two months after Melissa’s visits began, she received a pass during second period to go to the school secretary. When she entered the administration building, she saw her mother standing beside the secretary’s desk. “I have some bad news for you,” she said quietly. “Grandma passed away this morning. Someone came in to check her catheter, and she was gone. Apparently, she went peacefully. Thank goodness for that.”

Her mother started to cry, and so did Melissa.

A memorial was scheduled for five days later. Melissa’s mother and two uncles started making the arrangements. And relatives from around the country made plans to fly in. One of them was someone Melissa hadn’t seen in years: Grandma’s younger brother and only living sibling, her Great Uncle Ralph. He was 86 now and in poor health. He lived near Cleveland, and his children didn’t want him to make the trip. But he insisted, so his daughter finally agreed to bring him. When they arrived, Melissa saw why the others were concerned. He was pale and thin, had trouble breathing, and shuffled with a walker.

The memorial was held in the mortuary chapel. Several people spoke, including Melissa’s mother and two uncles. They talked about things Grandma did, her devotion to her family, and how much she would be missed.

Then, as Melissa’s mother was about to close with a favorite poem of Grandma’s, Great Uncle Ralph gripped his walker with both hands and slowly pulled himself up from his seat. “Excuse me, everyone,” he said. “I wasn’t going to speak today, but I’ve changed my mind.”

Melissa’s uncles helped him walk to the front of the chapel, sat him in a chair, and gave him a microphone.

“You’ve all said many nice things about her today,” he said. “But no one mentioned her greatest moment. I don’t blame you because it happened before nearly all of you were born. I was just in the sixth grade myself, just eleven. The whole family went to see her star in Peter Pan at her high school. And she flew! Goddamit, she flew! She leaped into the air, and she just kept going up and up and up. I had no idea that was going to happen. It was magic. My heart jumped. Our mother started to cry. We were all so proud of her. It’s the best play I’ve ever seen. I’ll never forget it.”

At this, he stopped and looked for someone to take the microphone. “I’m finished,” he said. “Thanks for letting me speak.”

Melissa’s uncles helped him back to his seat. Then Melissa’s mother thanked him, introduced the poem, and read it. But Melissa didn’t hear a word of it. All she could think of was her Grandma flying.

We all fly once in our lives, and while some never know they did, aside from dreams, there is something about flight in every poem and story. And flower. Yes. Flowers fly. – gh

David Meuel began writing flash fiction in 2010 at the tender age of 60 and, since then, has had more than 30 stories published in 20 different e-zines including Bartleby Snopes, Toasted Cheese, and LITSNACK. He has also published two volumes of poems and is the co-author of a book about building strategic business relationships. To make money, he works as a writer for several Silicon Valley companies, and he lives in San Jose, California.